Americans weary of lecturing are tuning out Hollywood… 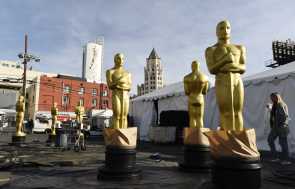 (Liberty Headlines) Without a host or a great deal of pizzazz, but plenty of political virtue signaling and lecturing of America, ABC’s telecast of the Academy Awards reached its smallest audience ever of 23.6 million viewers.

The Nielsen company said Sunday night’s audience was down 20 percent from a year ago.

The previous low-water mark for the Oscars was the 26.5 million people who watched in 2018.

The Academy Awards honored “Parasite” as best picture. While that made history as the first-ever foreign language film to win the top award, it was clearly not an audience-grabber.

“The only suspense of the evening was for best picture, and the average viewer hadn’t seen ‘Parasite’ or ‘1917,’ so they weren’t emotionally invested,” said Tom O’Neil, founder of Goldderby.com, a website devoted to awards show news.

The complaining and whining by elitist celebrities over political issues like the failed impeachment of President Trump, as well as climate change, alleged inequality, and animal rights — in the midst of a booming U.S economy and widespread prosperity across all demographics — was possibly too much to stomach for viewers. But they’ve become used to a finger-wagging Hollywood and simply tuned it out.

For much of the 2000s, the Oscars hovered between 35 and 45 million viewers, often the second most-watched television program of the year after the Super Bowl.