When metals markets top, they don’t merely level off — they tend to reverse violently….

Put simply, available inventories are failing to keep up with demand (largely from the automotive industry).

According to Refnitiv GFMS, the palladium market will be under-supplied by 883,000 ounces this year.

Stresses on the physical market are showing up in spiking lease rates, illiquidity, widening bid/ask spreads, and disconnections between quoted spot prices and actual physical prices. Most importantly, the deficit in palladium supply is manifesting in the form of rising prices.

Palladium hit a record, briefly touching the $2,500 level last month. And despite selling off a little in recent days, Bank of America Securities analysts see the metal’s chronic supply deficit pushing prices up to $3,500 an ounce before the bull market ends.

The point of this article, however, isn’t to promote palladium as a great buy at these lofty levels. Chasing an uptrend this late into its potential blowoff phase is risky.

When metals markets top, they don’t merely level off. They tend to reverse violently.

That said, the opportunity palladium presents for metals investors is that it charts a similar path forward for platinum and silver (and to a lesser extent gold, which shouldn’t be expected to move as dramatically).

Since 2016, when palladium began the year trading around $500/oz, prices have quintupled.

Silver bottomed in 2016 just below $14/oz. Prices advanced strongly that year before falling back into a major trading range.

A quadrupling would take silver over $50 – and that would likely just be the warm-up phase that finally establishes new all-time highs. Then the explosive phase will begin that sees new high after new high, week after week – just like we’ve seen in palladium over the past year.

As yet, there isn’t much evidence that is happening. But the longer a price gap of more than $1,000 between the two catalytic metals persists, the more motivated automakers will be to embark on redesigns of existing equipment to accommodate much cheaper platinum.

Major automakers such as BMW are investing heavily in hydrogen-electric fuel cell technology as a way of meeting zero-emissions goals. Once too expensive to be practical, costs for fuel cell powertrains are expected to become competitive with conventional powertrains over the next few years. 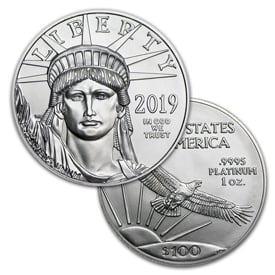 The upshot for platinum is that it is used in the hundreds of small cells that make up a fuel cell stack. If fuel cell vehicles catch on, demand for platinum could go into overdrive.

In the meantime, the ongoing run on the physical palladium bank will be something to behold. It’s exactly what many gold and silver bugs who have been calling out paper manipulation and price suppression schemes have been predicting.

Although the markets for gold and silver remain relatively quiet now, they could soon become energized by palladium and the larger exposure of futures markets that produce multiples more contracts for physical metal than can ever be delivered.

Precious metals analyst Craig Hemke wrote recently, “Understand that palladium, just like gold and silver, is overseen by the bullion banks, which are responsible for physical delivery in London… The Banks manage a fractional reserve system of just in time physical delivery. As gold and silver investors, we await the day when a ‘run’ on these bullion banks exposes the lack of physical metal behind this system. The current price action in palladium suggests the possibility that this ‘run’ may have already begun.” 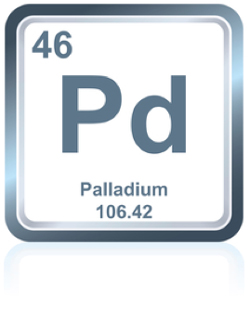 If you happen to own physical palladium, you’re in the driver’s seat. You can sell anytime to a dealer like Money Metals or hold out for a desperate buyer who may be willing to pay a sizeable premium over spot just to get his hands on some ounces of the scarce metal.

When there is a run on the bank for silver, we expect many types of coins and other bullion products to command unusually large premiums over spot.

The most susceptible to large premium spikes are no-longer minted historic coins such as pre-1965 90% silver dimes, quarters, and half-dollars.

The good news is that they and most other silver bullion products can currently be had at very low premiums over spot prices. You’d be wise to stock up while fantastic bargains can still be had…then hang on tight for the ride ahead…Original Source…