‘I felt it was necessary to record this episode in our history, as seen and experienced by an insider…’

(Liberty Headlines) A top prosecutor for special counsel Robert Mueller has a book coming out this fall about the two-year investigation into the FBI’s Russia hoax.

Random House announced Monday that Andrew Weissmann’s “Where Law Ends: Inside the Mueller Investigation” will be published Sept. 29.

Despite being stacked with overtly partisan Obama-administration operatives, Mueller’s team ultimately was unable to furnish evidence to support allegations that the Trump campaign had not colluded with Russia during the 2016 campaign.

Nonetheless, leftists and their media allies have continued to push the narrative that the evidence is hiding in plain sight and that Attorney General William Barr conspired to cover up the truth about the probe.

It follows a long pattern of using the false claims as a political bludgeon to undermine President Donald Trump while pursuing political outcomes.

Democrats leaned heavily on the claims during the 2018 midterm election to campaign and raise funds from liberal mega-donors on the promise of impeachment.

That ultimately helped them to reclaim the US House of Representatives and fulfill their promise—albeit on an entirely unrelated claim of abuse of power. Trump was acquitted by the Senate in February and enjoyed a significant boost in his approval following the Ukraine impeachment attempt.

Weissmann, often the target of criticism from Trump supporters due to his egregious political bias. He was forced to resign his position as an MSNBC commentator after agreeing to headline a fundraiser for the Joe Biden campaign but later backed out of the event.

It is widely speculated that he may be one of the co-conspirators in the Russia hoax currently being investigated by Justice Department special prosecutor John Durham. That probe is expected to wrap in a matter of weeks with indictments likely

“We’re doing a large criminal referral on the Mueller dossier team that put together a fraudulent report—that knew there was no collusion the day that Mueller walked in the door,” Nunes told Fox News’s Gregg Jarrett in May.

“They set an obstruction of justice trap,” Nunes continued. “There’s no doubt in my mind that we will make a conspiracy referral there.”

Weissmann’s latest attempt to spin the narrative may be a last-ditch effort to sway opinion in Biden’s favor in the hopes of securing a presidential pardon later.

“I felt it was necessary to record this episode in our history, as seen and experienced by an insider,” he said in a statement. 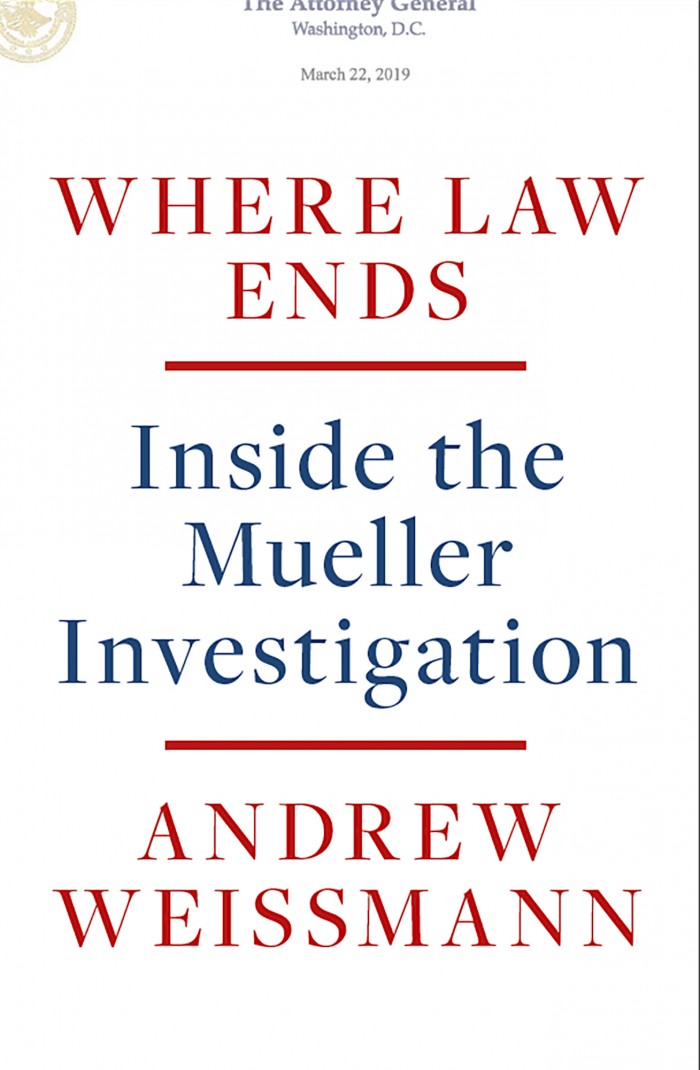 “This is the story of our investigation into how our democracy was attacked by Russia and how those who condoned and ignored that assault undermined our ability to uncover the truth,” he claimed, without evidence. “My obligation as a prosecutor was to follow the facts where they led, using all available tools and undeterred by the onslaught of the president’s unique powers to undermine our work.”

He likewise doubled-down on the special investigator’s work, despite a litany of criticisms it has faced, including the fact that the probe should never have been drawn out for two years with the now-declassified evidence revealing the FBI knew from the outset that there was nothing supporting the accusations.

It relied heavily on the now-debunked Steele Dossier, which likely was sourced by Kremlin agents engaged in their own anti-Trump disinformation campaign.

Weissmann said, however, that the investigation had served its purpose by raising a whiff of suspicion against the Trump administration by setting a series of perjury traps and indicting a handful of alleged bad actors on unrelated matters.

“I am deeply proud of the work we did and of the unprecedented number of people we indicted and convicted—and in record speed,” he insisted.

“But the hard truth is that we made mistakes,” he continued. “We could have done more. ‘Where Law Ends’ documents the choices we made, good and bad, for all to see and judge and learn from.”

Weissmann, who worked as an FBI general counsel under Mueller, gained prominence as a prosecutor investigating organized crime in New York City and for his leadership of a task force looking into the Enron scandal.

Under Mueller, Weissmann led the case against former Trump campaign manager Paul Manafort, who pleaded guilty to charges in 2018 that were not related to his work for the Trump campaign.

The investigation did lead to more than 30 indictments, including Manafort. However, several of those were ultimately dismissed. That included the cases against 13 Russian agents whose alleged election interference it was unable to prove.

Because of the investigation’s botched and now discredited efforts, the Justice Department amended the sentencing guidelines for former Trump adviser Roger Stone, the last to be indicted by Mueller’s office for allegedly lying during a congressional inquiry led by partisan House Democrats.

Trump announced on Friday that he was commuting Stone’s sentence due to his unfair treatment.