Said ‘inflation is thought of as a cruel, and maybe the cruelest, tax…’ 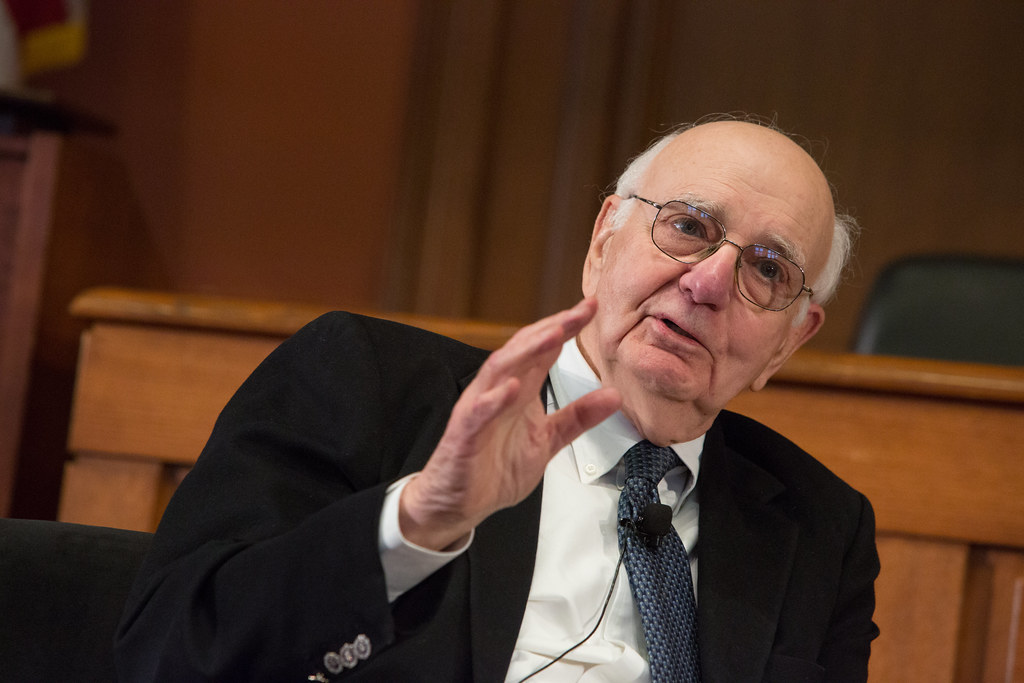 Paul Volcker, former chairman of the Federal Reserve from 1979-1987, has passed away.

Credited with tampering incredibly high levels of inflation during the Carter and Reagan administration by jacking up interest rates to unpleasant levels, Volcker’s passing harkens back to a time when central bankers weren’t afraid to make tough choices.

Volcker instinctively knew that central planning of the economy by tugging on monetary policy levers was not only a tall order, but also wouldn’t ultimately succeed.

In an interview the former chairman said about the Keynesian “religion,” “…I was a bit turned off by the precision and certainty that these people attached to the doctrine. The analytical framework was very convincing but this feeling they had, that they could press the right buttons and manage the economy pretty exactly, for some reason it turned me off.”

Though Volcker was one of the main architects of closing the gold window and once declared that “gold was the enemy,” he nevertheless seemed at least to understand the severe damage that inflation causes.

In an interview with PBS, Volcker said, “inflation is thought of as a cruel, and maybe the cruelest, tax because it hits in a many-sectored way, in an unplanned way, and it hits the people on a fixed income hardest. And there’s quite a lot of evidence, contrary to some earlier thinking, that it hit poorer people more than rich people…”

At a lecture in Singapore in 2008, when asked about a return to fundamentals of the Austrian school of economics as a response to the Great Recession, Volcker acutely answered, “you know, they [Austrian school economists] have some insights that maybe we have forgotten about…The idea of credit creation being important as one symptom of what is going on has certainly been vindicated.”

Volcker continued, “[Financial firms, investment banks, and commercial banks] all built up the balance sheet on the liability and asset side because of a sense of easy credit and no problems. That’s what’s come home to roost because suddenly they haven’t got enough capital to support the credit, which wouldn’t surprise most Austrian economists, I suspect.”

Former Chairman Paul Volcker wasn’t an Austrian economist – or even a strong proponent of sound money, despite including the term in the title of his memoir.

But he understood the perils of inflation and the harm wrought by technocratic manipulation of the economy.

Volker’s approach stands in sharp contrast to that of current Fed Chairman Jerome Powell and his ilk.

Far from fighting inflation, they are openly engaging in a campaign to push it higher…Original Source…

Jp Cortez is the Policy Director for the Sound Money Defense League, a non-partisan, national public policy group working to restore sound money at the state and federal level and publisher of the Sound Money Index.