‘Tons of trash, abandoned vehicles and dangerous campfires are common along the border…’ 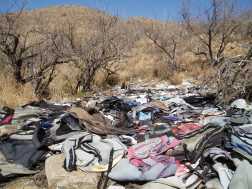 The lawsuit seeks data outlining the effect of illegal immigration on federal lands in California taken care of by the Service.

The Service has failed to provide numerous records which had been requested by FAIR through the Freedom of Information Act (FOIA).

This information includes the amount of land the Forest Service has closed to the public since fiscal year 2015; an estimate of how many people have illegally crossed the border into two national forests since 2011; the amount of resource damage and wildlife costs created by campfires since 2013; the number and cost of the law enforcement officers stationed at the lands.

“One of the most under-reported stories about illegal immigration is the damage it causes to the environment in border areas,” IRLI Executive Director and General Counsel Dale L. Wilcox said. “Tons of trash, abandoned vehicles and dangerous campfires are common along the border.

“The federal government needs to be transparent with the American people about the destructive impact illegal immigration has on our environment.”

The Coronado National Forest lines up with the Mexican border for 60 miles.

In 2006 Tina Terrell, a former forest supervisor, testified before the Subcommittee on Interior, Environment and Related Agencies Committee on Appropriations about the effects of illegal border activities on the federal land management agencies.

According to Terrell, nearly 500,000 cross-border violator apprehensions occurred in the Tuscon Sector of Coronado in 2005 alone, averaging 30,000 per month.

Additionally, Terrell said, Service members seized 99,000 pounds of marijuana (worth nearly $198 million) as it was transported through the forest. 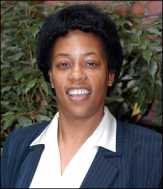 “Literally hundreds of miles of unauthorized trails and roads have been created on the Forest by illegal foot and vehicle traffic,” Terrell said. “This proliferation of trails and roads damages and destroys cactus and other sensitive vegetation; disrupts or prohibits revegetation; disturbs wildlife, their security and travel routes; causes soil compaction and erosion; impacts stream bank stability; and puts the public at risk by creating confusion as to which routes are lawful and safe.”

Terrell also noted that the people illegally immigrating through the forest left high amounts of litter behind.

“Water sources near this contamination are often so fouled by pollution that wildlife can no longer use them,” Terrell said. “Where trash is left behind in designated wilderness or other areas far from roads, expensive and difficult removal by the use of horses or mules is required.”

More dangerous than trash pile up, however, have been the fires started by immigrants inside the forest.

“Large numbers of warming and cooking fires built and abandoned by cross-border violators have caused wildfires that have destroyed valuable natural and cultural resources,” Terrell said. “Agencies have documented that some cross-border violators also will intentionally set diversion or rescue fires, using uncontrolled wildfires to divert law enforcement from their illegal activities.”

At the end of her testimony, Terrell made a plea that echoes in IRLI’s lawsuit, coming 12 years later.

“These impacts from illegal cross-border traffic on National Forest System lands continues to cause extraordinary damage to natural resources and facilities we are entrusted by the American people to manage.”