‘They don’t want to talk about…impeachment, because they know they don’t have a case…’

(Lindsey McPherson, CQ-Roll Call) House Democratic leaders have unequivocally accused President Donald Trump of ongoing obstruction of justice, but they say they won’t decide whether to begin impeachment proceedings against him without seeing the full report and evidence from the special counsel’s investigation.

The result is a single-track process that will likely involve a lengthy court battle for the unredacted version of Special Counsel Robert S. Mueller III’s report and his underlying investigatory materials. Trump on Wednesday asserted executive privilege over those documents while the Judiciary Committee voted along party lines to hold Attorney General William Barr in contempt of Congress for ignoring the committee’s subpoena to turn them over.

The contempt citation now heads to the House chamber, and if approved the House counsel will initiate civil proceedings to enforce it, Judiciary Chairman Jerrold Nadler said on CNN Wednesday, acknowledging ”it could take awhile.”

The combination of those two court battles, which are likely to drag out through appeals, means Democrats may not get their hands on the full Mueller report before the 2020 presidential election. At that point, the impeachment question might be moot if Trump loses his bid for re-election.

But it doesn’t have to be that way. There’s nothing that would prevent Democrats from pursuing a dual track approach in which they begin impeachment hearings while continuing the legal fight for the full Mueller report. In fact, doing so may bolster their legal case for obtaining it.

The one-track strategy raises the question: Are Democrats using their quest for the unredacted Mueller report as a shield against impeachment?

“Yes,” Judiciary ranking member Doug Collins said when asked that question. “The thing they don’t want to talk about is impeachment, because they know they don’t have a case.”

The Georgia Republican said Democrats pursuing contempt against Barr — when the attorney general has tried to provide accommodations for them to access the unredacted Mueller report and Democrats have declined — is just “another way to feed their base as they go forward.”

The Democratic base support for impeaching Trump may be growing.

“The Democratic leadership are still obsessed with a misguided notion of catering to the middle,” Steyer said in a statement. “But what the American people want are representatives with the courage and moral clarity to fight for a system that represents the people.”

At a Washington Post live event on Wednesday, Speaker Nancy Pelosi said Trump, through his daily obstruction of congressional subpoenas and other actions, is “becoming self-impeachable.”

But when asked whether Democrats could pursue narrow impeachment proceedings against Trump focused on the issue of obstruction of Congress, Pelosi effectively ruled that out in favor of working with the president to try to lower health care costs and building up the nation’s infrastructure.

“We have a responsibility to the public to get some results for them,” the California Democrat said. “Even though he is the president of the United States, he’s not important enough to stand in the way of what we promised the American people that we would do when we won the Congress and they gave us that vote of confidence.”

At the Capitol a few hours later, House Majority Leader Steny H. Hoyer decried the administration’s stonewalling and obstruction in drastic terms, calling it “perhaps the greatest cover-up of any president in American history.” The Maryland Democrat was more measured, however, in describing Democrats’ planned response.

“It’s the cover-up that we’re going to be focused on, and there will be individual items which will be proof of that cover-up,” Hoyer said. “My recommendation, I believe the speaker’s recommendation, to the six committees is and to our caucus, is that we proceed in a holistic fashion about the underlying, basic principle of whether or not the Congress can hold the executive department of the United States accountable.”

When pressed whether impeachment was part of that holistic approach, Hoyer said Democrats are taking things “one step at a time.”

“If the facts lead us to that objective, so be it,” he said.

“So be it” was also Hoyer’s response to the notion that court action to obtain the full Mueller report could take a while. He said Democrats would ask the courts “to accelerate whatever action is necessary in the defense of democracy” but acknowledged a speedy decision may not occur.

“If it takes a year and a half, that’s a relatively short period of time in the course of the history of our country. Yes, we have an election coming up in a year and a half, and so you’re correct to say ‘politically,’” the majority leader said when asked if court proceedings would make the matter politically moot. “But this issue is beyond politics in the Democratic, Republican partisan sense.” 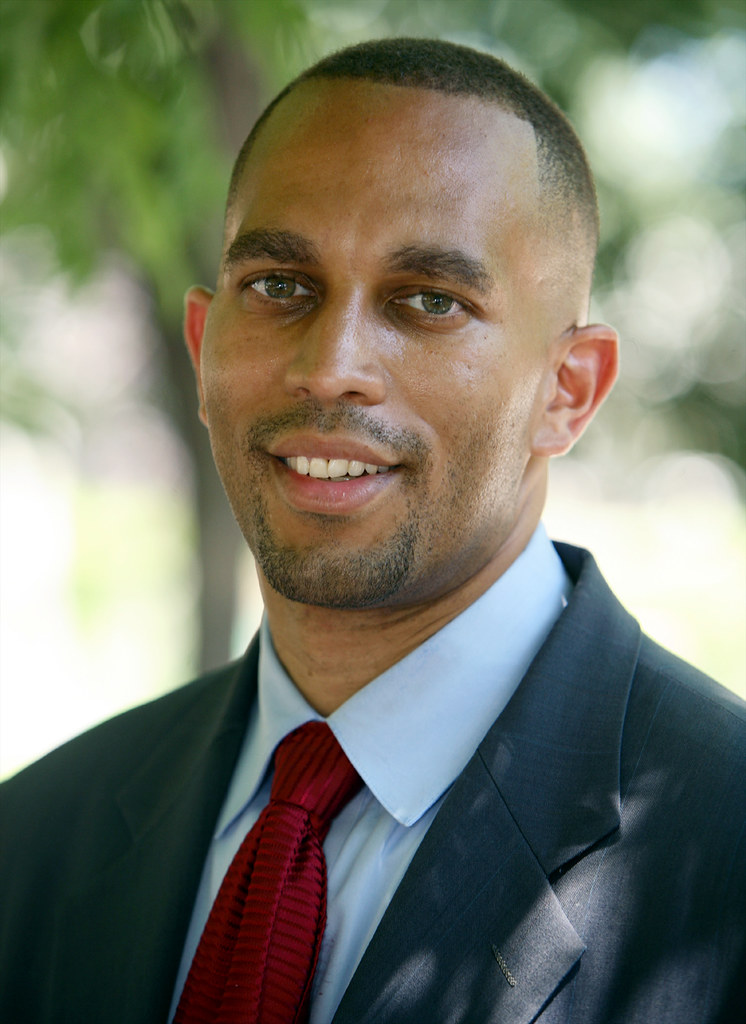 House Democratic Caucus Chairman Hakeem Jeffries also advocated for a step-by-step approach, with the next step being the contempt citation that seeks to compel DOJ to produce the full Mueller report. He reiterated Democrats’ standard for impeachment, as articulated by Pelosi, remains clear.

“The evidence should be compelling, the case overwhelming, and impeachment should be bipartisan in nature in terms of public sentiment,” the New York Democrat said. “So we are still in the fact-gathering process. The administration is engaged in incredible stonewalling, but we are not going to give up. We are going to keep moving forward. We believe that the laws on our side and we’ll continue to utilize that law as we proceed.”

The majority of Democrats are backing their leadership’s strategy for now. After all, as Hoyer pointed out, it’s only been two weeks since Trump made clear he won’t cooperate with congressional investigations, declaring his administration is “fighting all the subpoenas.”

But the dam may break before leadership feels it is at the last chapter. Several rank-and-file members have expressed concerns about Congress not proceeding with impeachment, saying it would effectively give Trump’s administration as well as future executives license to ignore the constitutional separation of powers.

“There is ongoing obstruction of justice,” Judiciary member Pramila Jayapal said. “It’s happening. It’s not just something that’s just in the past. It’s something that’s happening right now as the president refuses to allow us to see the results or hear from the witnesses that are part of the Mueller investigation.”

The Washington Democrat, who co-chairs the Congressional Progressive Caucus, said there are more data points the House should consider before launching the impeachment process but that she believes they’re “getting close” to having enough of a case to at least start impeachment hearings.

“One is the Mueller report, which we may be done with today in terms of unredacted access,” Jayapal said, referring to the fact that matter is headed to court now that Barr ignored the subpoena and Trump claimed executive privilege over it.

“The second is around (former White House Counsel) Don McGahn,” she added. “And the third is Mueller himself. So there’s a few more pieces that we still need to see if he’s just made this argument that he’s going to not honor any subpoenas, not allow anyone to testify.”

The support for impeachment in the Democratic Caucus has grown since some fringe members started talking about it after Trump was first elected. The Mueller report provided enough evidence for some Democrats to join the calls and others have started arguing for it since Trump has decided to obstruct Congress’s investigations.

So how long can leadership use wanting to see the full Mueller report as reason to delay a decision on impeachment?

Pelosi has all but ruled out it with her standard that any impeachment effort be bipartisan and have public sentiment behind it. And yet she and her leadership team and her caucus continue to talk about Trump’s obstruction in grave terms that suggest they have no choice but to go down that route.

Nadler said Trump “has broken the law six ways from Sunday” — a phrase that certainly invokes the high crimes and misdemeanors standard for impeachment.

“I mean, for him to come out and say he’s going to oppose all subpoenas, that’s a direct challenge to having a Congress that can function,” the New York Democrat said on CNN. “It’s a direct assertion that he wants to be a monarch. We rebelled against George III for that, we are not going to take it now.”

But yet the Judiciary chairman seems content to fight the battle in the courts until Congress gets the information it’s seeking.

“It could take awhile, that’s the problem,” Nadler said. “But the fact is I have no doubt as to the outcome.”