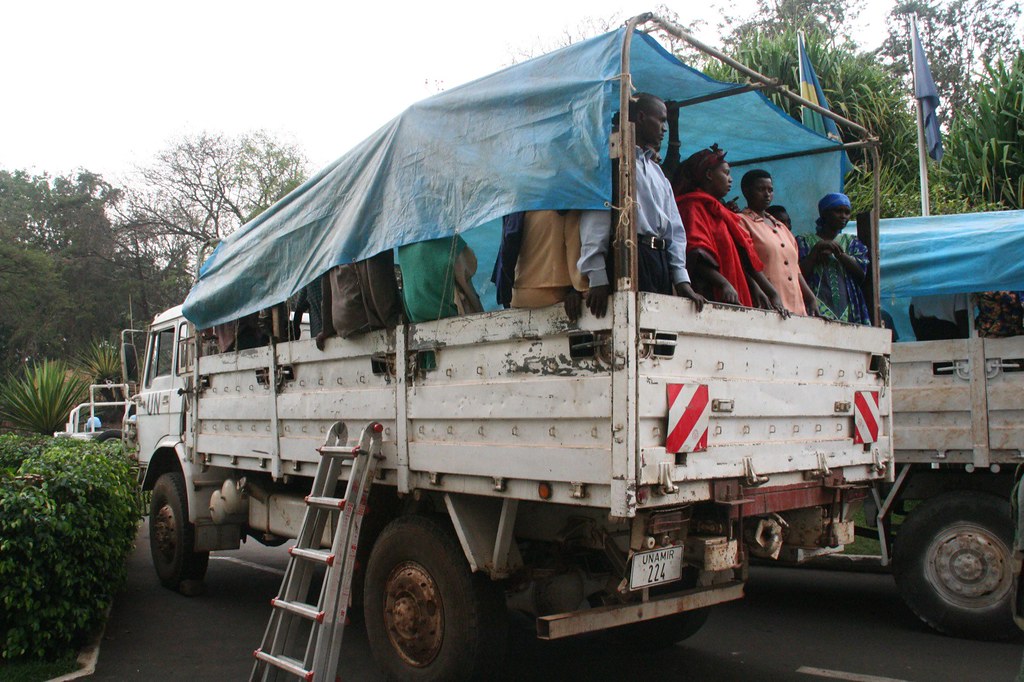 (AFP) The United States plans to dramatically lower the ceiling on a decades-old refugee resettlement program to 18,000 people, officials said Thursday, blaming the influx of migrants along the country’s southern border for imposing too great a burden.

It represents a reduction of 40 percent from its current level of 30,000 people, already a record low, threatening America’s historic position as the most generous destination for those fleeing war and persecution.

“A responsible approach to refugees is one that seeks the eventual return of refugees to their home countries so that they can help to rebuild their own nations,” said President Donald Trump in a statement announcing the move.

It added that under a new order, refugees would only be resettled in jurisdictions where state and local authorities consent.

A separate release by the State Department said the “current burdens on the US immigration system must be alleviated before it is again possible to resettle large numbers of refugees.”

It said the influx of migrants along the country’s southern border was a “crisis” for imposing “an extraordinary burden.”

As a means of serving US foreign policy interests, refugee admissions have specific allocations for people persecuted for religious beliefs, Iraqis whose assistance to the US puts them in danger, and “legitimate refugees” from the Northern Triangle: Guatemala, Honduras and El Salvador.

“The Administration’s proposal for refugee admissions in Fiscal Year 2020 will allow the Department of Homeland Security to focus on addressing the ongoing crisis at the southern border, reducing a staggering asylum backlog that unfairly delays relief for those with meritorious claims, and completing more overall cases in an increasingly multifaceted humanitarian workload,” said Kevin McAleenan, Acting Secretary of the Department of Homeland Security. “The refugee proposal also supports U.S. foreign policy interests, and the Department’s engagement with regional and international partners, by offering nationals of El Salvador, Guatemala, and Honduras the opportunity to seek refugee status close to home rather than embark on a dangerous and often futile journey to the United States in the hands of smugglers and criminal organizations.”

The administration consults with Congress before finalizing refugee admissions changes but in reality the decision-making power falls under the White House.

The current level of 30,000 is already the lowest since the program’s inception in 1980. The number stood at almost 85,000 when Trump’s predecessor Barack Obama — whose carryover policies left the U.S. overrun with illegal immigrants — departed office.

“This is a very sad day for America,” said David Miliband, CEO of the International Rescue Committee.

“This decision represents further damage to America’s leadership on protecting the most vulnerable people around the world,” he added.

Asylum seekers, like refugees, are fleeing persecution but present their applications in the US or at a US port of entry, while refugees apply from abroad.

“This administration’s eagerness to unilaterally abandon our national commitment to protect people who are seeking safety from persecution, torture, and genocide is sickening,” said Omar Jadwat, director of the Immigrants’ Rights Project at the American Civil Liberties Union.

In recent years the United States has been the world’s top resettlement country, according to data from the UN Refugee Agency.