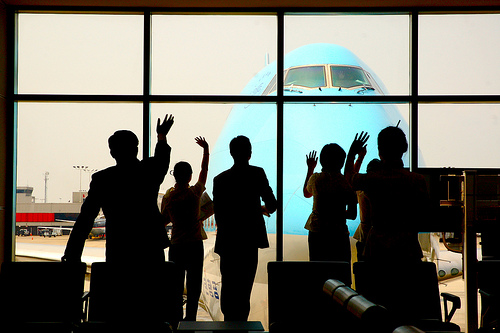 (Joshua Paladino, Liberty Headlines) Under the Trump administration, the number of people who abuse America’s legal immigration system has fallen.

The Department of Homeland Security on Tuesday released its 2017 Entry/Exit Overstay report, which tracks the number of legal immigrants who overstay their allotted time in the United States.

The study only includes people who legally enter the United States through an air or sea port of entry. It does not include land border crossings.

In 2016, about 630,000 people, or 1.25 percent of temporary travelers to the United States, overstayed their visit. About half of those who overstayed in 2016 have left the country during the Trump administration, leaving the 2016 overstay rate at 0.67 percent.

In 2017, nearly 53 million people traveled to the United States. Less than 607,000 people, or about 1.15 percent of all visitors, overstayed. As of May 2018, the overstay rate had dropped to 0.80 percent due to further departures and enforcement.

Canadians made up the largest portion of suspected in-country overstays. Slightly more than 1 percent of the 9,215,158 expected departures did not leave the United States on time.

Mexican nationals overstayed in America at a rate of 1.63 percent, or more than 47,000 people.

The lowest overstay rate was for citizens of countries that participate in the Visa Waiver Program, a system that allows travelers of friendly countries to stay in the United States for travel or business without a visa. About 22.5 million departures were expected in 2017, and only 0.51 percent overstayed.