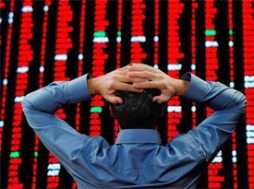 Even the hardiest of stock market bulls are finally asking some serious questions about whether the top is in.

Stocks have long been priced for perfection and suddenly conditions are looking far from perfect.

The coronavirus may be the pin which pricks the latest Fed-blown bubble.

Precious metals investors have been preparing against a rainy day.

They may be less surprised by the turmoil in markets over the past couple of weeks.

But there are still big questions about how metals prices might behave, especially if the current turmoil in markets should evolve into a full-blown financial crisis.

During the immediate aftermath of the event, everything gets sold – a repeat of what happened in 2008. Investors buy bullion, even as traders dump leveraged futures in a rush to the sidelines on Wall Street.

Greg Weldon of Weldon Financial said metals investors could easily see a replay of 2008 in a recent Money Metals Weekly Market Wrap podcast. He noted the record number of active contracts, or open interest, in gold. The weak handed speculators who have chased the gold price higher will be quick to dump positions as prices move against them.

It won’t matter if more conservative investors are pouring into the physical markets for gold and silver. The futures markets are almost entirely untethered from physical supply and demand. Price discovery there is driven more by leverage, volatility, algorithmic trading, and bullion bank fraud.

Thus far the Treasury market action is reminiscent of 2008. Investors are buying bonds hand over fist and yields have fallen to new all-time lows.

As long as confidence remains in the U.S. dollar and U.S. Treasury debt, investors will look for safe haven in those markets. They are currently the widest and deepest markets on Earth and there aren’t too many other places for big money to go.

As the dust settles, look for money to pour back into gold and silver. Just as in 2008, speculators will be trying to position for what comes next.

Precious metals will pop up on the radar as a beneficiary of safe haven demand. These traders will also anticipate the Federal Reserve quadrupling down on stimulus measures and look for assets which can benefit from the weaker dollar and lower interest rates.

However, should confidence in U.S. Treasury debt and the dollar finally collapse, markets will look nothing like 2008.

Scenario #2 – The Mother of All Bubbles Pops

Government debt is far beyond what citizens can hope to repay. A reckoning is coming and the only question is when market participants at large will acknowledge that fact. When confidence evaporates, the party for central bankers and their political allies in government will be over.

Money is currently flooding into the bond markets, so at least some confidence remains. However, there are some key differences today versus 2008. The U.S. Treasury better hope investors continue to buy first and ask questions later, because bonds are an obvious bubble.

U.S. Treasury bond prices are at an all-time high. Meanwhile federal debt has nearly tripled since 2008.

Deficits are currently expected to be more than $1 trillion annually.

If recession strikes and officials respond with stimulus those deficits could easily balloon to $2 or $3 trillion.

The supply of Treasuries is already vast and a tidal wave of new issuance seems to be building. The Fed has been acting as the buyer of last resort. Will investors just continue to shrug as the central bank monetizes ever larger portions of the national debt? Maybe, but maybe not.

Steven Grey recently covered just how precarious the bond market is in a Wall Street Journal op-ed. Should interest rates start to rise, there will be enormous pressure to sell Treasuries. A market at all-time highs makes a dubious safe haven.

Interestingly, the U.S. dollar is not acting like it did in 2008. The DXY index has been under pressure since the market turmoil began a couple weeks ago. Currency traders lack confidence in the dollar. That may be contagious when it comes to the bond markets which most certainly aren’t well positioned for any serious inflation.

Betting on the first scenario only to find out we got the second would be disastrous. Anyone fleeing into cash or government bonds, just as the debt bubble finally bursts could be wiped out entirely.

The second scenario is coming, whether it be now or later. The sheer amount of debt accumulated cannot be paid, so it won’t be – at least not in current dollars. There is little point in trying to predict exactly when this reality will dawn upon the rest of the country.

It is safer to assume it could happen at any time. If we get a replay of 2008, metals will ultimately do well anyway…Original Source…