‘I sincerely offer my apology to you and hope that you will accept it….’ 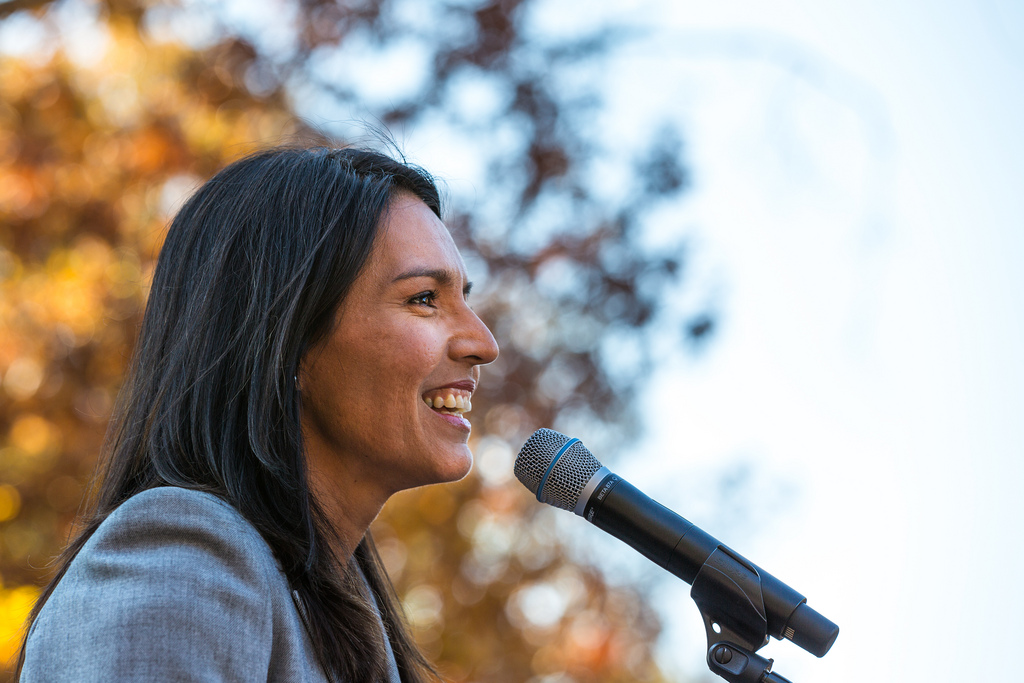 (Griffin Connolly, CQ-Roll Call) Rep. Tulsi Gabbard’s positions on same-sex marriage and LGBT rights have shifted dramatically, from working for her father’s anti-gay marriage organization in the early 2000s to joining the Congressional Progressive Caucus as a U.S. House member.

The Hawaii Democrat announced Friday that she will seek the Democratic party nomination for president in 2020. She has already received criticism for her past anti-gay activism.

In a statement, Gabbard said she regrets her old views on gay marriage and touted her legislative record supporting LGBT rights.

“First, let me say I regret the positions I took in the past, and the things I said. I’m grateful for those in the LGBTQ+ community who have shared their aloha with me throughout my personal journey,” she said.

“Over the past six years in Congress, I have been fortunate to have had the opportunity to help work toward passing legislation that ensures equal rights and protections on LGBTQ+ issues,” she added, listing six bills pertaining to gay rights. “Much work remains to ensure equality and civil rights protections for LGBTQ+ Americans and if elected President, I will continue to fight for equal rights for all.”

CNN’s KFile detailed Gabbard’s past anti-LGBTQ activism in a report over the weekend.

In 2002, when she was 21, Gabbard won a seat in Hawaii’s state legislature, highlighting her work for a group led by her father that ran a successful campaign to amend the Hawaii constitution to “reserve marriage to opposite-sex couples.”

“Working with my father, Mike Gabbard, and others to pass a constitutional amendment to protect traditional marriage, I learned that real leaders are willing to make personal sacrifices for the common good,” she told the Honolulu Star-Bulletin at the time. “I will bring that attitude of public service to the legislature.” 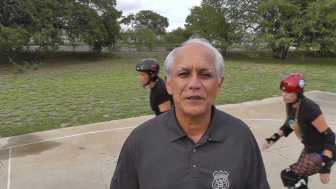 At the time, Mike Gabbard was one of the leading anti-LGBTQ activists in the state.

He headed the Alliance for Traditional Marriage, a PAC that targeted pro-gay lawmakers and ran the campaign to amend the state constitution to limit the definition of lawful marriage.

The website for the Alliance for Traditional Marriage, which Gabbard has previously said she worked for when she was 17, says the group supported gay conversion therapy, CNN reported Sunday.

Gay conversion therapy proponents view homosexuality as a mental disorder that can be reversed.

Gabbard is quoted in a 2000 press release from the group blaming “homosexual activists” for opposing her mother’s campaign for the state board of education.

“This war of deception and hatred against my mom is being waged by homosexual activists because they know, that if elected, she will not allow them to force their values down the throats of the children in our schools,” Gabbard said in the statement.

In the state legislature in 2004, Gabbard railed against Democrats for the party’s mostly pro-LGBTQ platform, suggesting that the party paid too much attention to “a small number of homosexual extremists.”

By 2012, when she was first running for Congress, Gabbard’s views on same-sex marriage had shifted. She apologized for her past comments and asked for forgiveness from LGBTQ people.

“I want to apologize for statements that I have made in the past that have been very divisive and even disrespectful to those within the LGBT community,” Gabbard said. “I know that those comments have been hurtful and I sincerely offer my apology to you and hope that you will accept it.”

Gabbard is the fourth Democrat to declare a run for the 2020 nomination and the only sitting federal lawmaker.

Sen. Elizabeth Warren has launched an exploratory committee and Sens. Kirsten Gillibrand and Kamala Harris have been linked to reports that they will soon announce 2020 campaigns of their own.