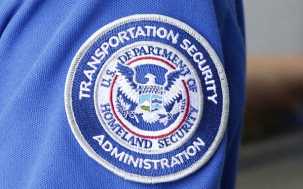 The domestic surveillance program allows officials to collect extensive information about citizens’ behavior and movements, specifically targeting travelers who “are not under investigation by any agency and are not in the Terrorist Screening Data Base,” according to a Transportation Security Administration bulletin.

But some air marshals told the Boston Globe that the program requires them to shadow travelers who pose no real threat.

Under Quiet Skies, thousands of unsuspecting Americans have been subjected to targeted airport and inflight surveillance by small teams of armed, undercover air marshals.

The officials document whether passengers fidget, use a computer, “have a jump in their Adam’s apple,” or a “cold penetrating stare,” among other behaviors, records show.

All U.S. citizens are automatically screened for inclusion in Quiet Skies.

The TSA checks their travel patterns and affiliations and runs their names against a terrorist watch list.

When a citizen is placed on the Quiet Skies list, a team of air marshals are selected for surveillance and placed on the person’s text flight.

They take notes on whether travelers use a phone, go to the bathroom, chat with others, or change clothes.

TSA officials defended their actions, saying the agency is committed to deterring potential acts of terror.

The agency declined, however, to discuss whether Quiet Skies has intercepted any threats or even to confirm that the program exists.

Release of such information “would make passengers less safe,” spokesman James Gregory said in a statement.

“What we are doing [in Quiet Skies] is troubling and raising some serious questions as to the validity and legality of what we are doing and how we are doing it,” an air marshal wrote in a text message to colleagues, complaining about having to survey a Southwest Airlines flight attendant as part of a Quiet Skies mission. “Cannot make this up.”