‘This is typical bluster from President Trump. The [defense bill] will pass, and we will scrub from our military bases the names of men who fought for the Confederacy…’

(Associated Press) President Donald Trump took to Twitter late Tuesday threatening to veto of a $741 billion annual Pentagon authorization bill over a controversial demand that a host of military bases named after Confederate figures be renamed within three years.

I will Veto the Defense Authorization Bill if the Elizabeth “Pocahontas” Warren (of all people!) Amendment, which will lead to the renaming (plus other bad things!) of Fort Bragg, Fort Robert E. Lee, and many other Military Bases from which we won Two World Wars, is in the Bill!

Far-left Sen. Elizabeth Warren, D-Mass., authored the rider that would force the bases to be renamed.

After a voice vote on the measure cleared a GOP-controlled panel of the Senate Armed Services Committee, opponents worried they lacked the votes to remove it during floor debate.

Some of the measures have been a long time coming, such as the controversial removal of the Confederate battle flag from Mississippi’s state flag and the retiring of Quaker Oats’ racially stereotyped Aunt Jemima brand.

Efforts to vilify the Confederacy after decades of reconciliation and romanticizing of it in popular culture first gained significant traction during the previous race riots of the Barack Obama presidency.

But other recent demands from the woke mob—from attacking a children’s cartoon that positively portrayed an anthropomorphic puppy as a police officer to tearing down statues of celebrated abolitionists (including Abraham Lincoln) for not doing enough to oppose slavery—have appeared to come from out of the blue.

Trump has long warned that relenting to any such factional extortion would only cause anti-American radicals to push harder toward their goal of razing the democracy and its culture entirely.

His Democrat opponents, long diffident on the delicate issue of caving to anarchist rioters even if it means inflicting political damage on the president, now seem to be more emboldened by the fringe Left’s recent victories.

“I dare President Trump to veto the bill over Confederate base naming,” Sen. Charles Schumer, D-NY, said Tuesday. “It’s in the bill. It has bipartisan support. It will stay in the bill.”

The annual measure has passed every year for almost six decades and typically enjoys veto-proof support, though various controversies often mean that it does not pass until late in the year. Trump’s salvo probably ensures that the issue won’t come to a head until after the November election.

If passed, a commission would be set up to oversee the process, which would require the renaming of the bases by June 2023.

Opponents of Warren’s provision—like Sens. Tom Cotton, R-Ark., and Thom Tillis, R-N.C.—called for a more measured and level-headed response to the race-driven frenzy, which has become more of a partisan bludgeon in the weeks since it was ostensibly triggered by the killing of Minneapolis resident George Floyd. 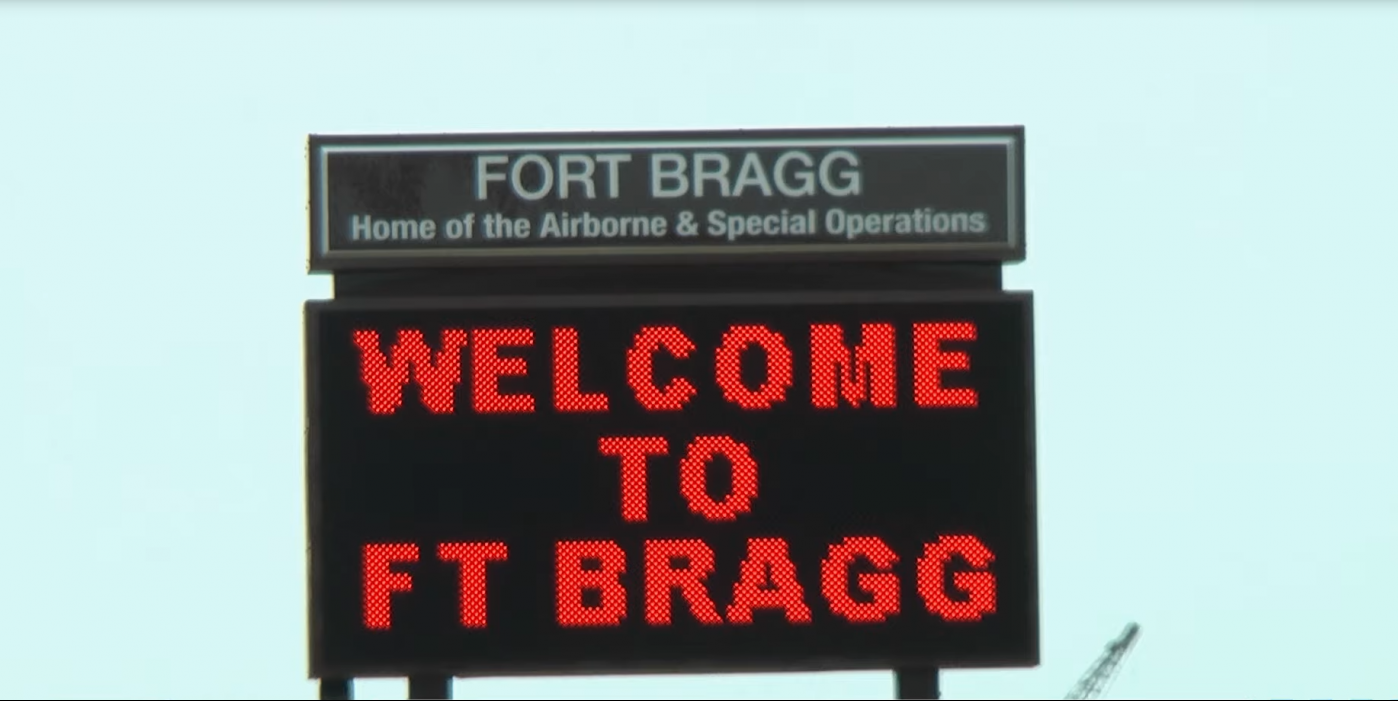 “Instead of mandating the renaming of military bases, including Fort Bragg, we need a thoughtful and constructive process that includes the input of our military communities,” Tillis said.

Top Senate Republican Mitch McConnell of Kentucky says that he won’t fight the Warren amendments and that he is “OK” with whatever negotiators on the measure ultimately decide on the issue.

On Wednesday morning, Schumer eagerly returned to the topic.

“Let me predict, President Trump will not veto a bill that contains pay raises for our troops and crucial support for our military,” Schumer said on the Senate floor.

“This is typical bluster from President Trump. The [defense bill] will pass, and we will scrub from our military bases the names of men who fought for the Confederacy and took up arms against our country.”

A Democratic-controlled House panel is holding a daylong bill drafting session Wednesday in which it is sure to address the topic.