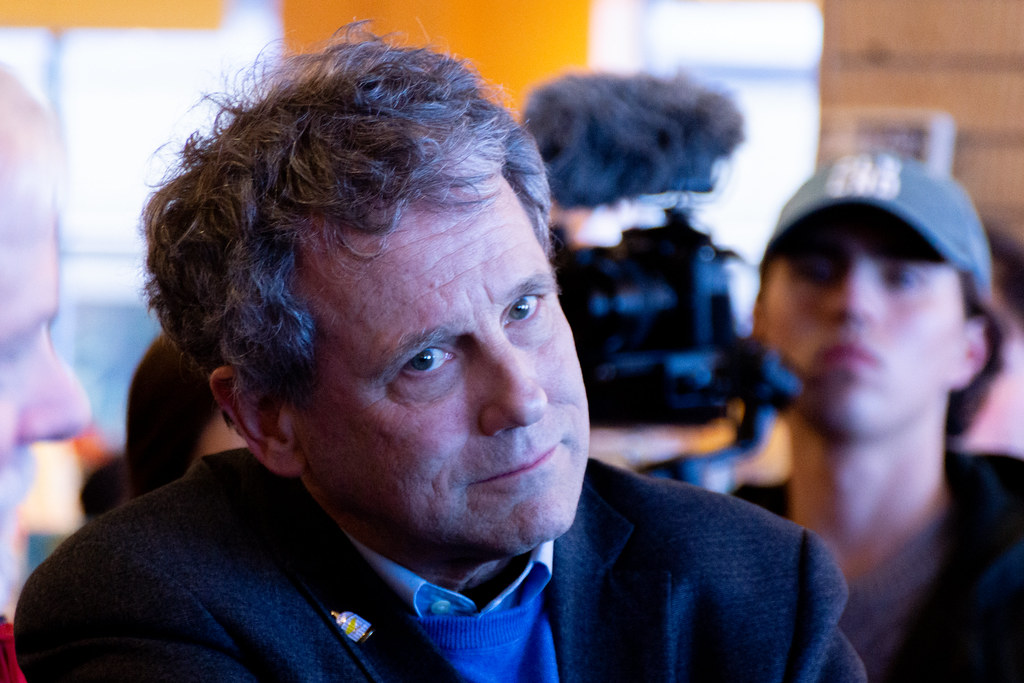 “…misrepresenting what took place inside of the hospital. Their news conference after I left for El Paso was a fraud. It bore no resemblance to what took place with those incredible people that I was so lucky to meet and spend time with. They were all amazing,” Trump concluded.

Brown, a Democrat, said he met with Trump Wednesday and urged him to call on Majority Leader Mitch McConnell to have the Senate take up the gun purchase background checks bill that passed the House.

“I asked the president to promise to me and to the American people that he will sign that bill, after he had spoken out in support of it,” Brown said at a news conference at Dayton City Hall after Trump’s visit to Miami Valley. He said Trump “only said that we will get things done.”

Brown recounted that at one point during the visit, Trump turned to police officers and first-responders, saying he wanted to give them “honors and awards.”

The senator said he also emphasized to Trump the importance of maintaining the Affordable Care Act, as a tool to help address mental health problems.

Whaley, also a Democrat, said she emphasized to Trump “the importance of action around the issue of guns.”

“Too often we just see complete inaction,” she said.

Whaley herself responded on Twitter, saying: “Not sure what the President thinks @SenSherrodBrown and I misrepresented. As we said, the victims and first responders were comforted by his presence. Let’s hope he’s not one of these all talk, no action politicians and actually does something on gun control. #DoSomething.”

After the president’s tweet, Brown’s office sent along this statement from the senator:

“I’ve said before Donald Trump is a bully and bullies are cowards. I don’t care what he says about me. But the people of Dayton deserve a President more focused on protecting them from gun violence than protecting his own ego.”

During the news conference, Whaley encouraged residents to do three things: Dine and shop in the Oregon District, donate to the Dayton Foundation, which has set up a fund for shooting victims, and urge Congress and the Ohio General Assembly to act.

Whaley has been thrust into the national spotlight by Sunday’s shootings in the Oregon District, while Ohio Gov. Mike DeWine and U.S. Rep. Mike Turner, both Republicans, have signaled new openness to some forms of gun control, with DeWine Tuesday endorsing a “red flag” law and background checks for most firearm purchases. Turner, for his part, has now backed magazine limits and a ban on sales of military-style guns.