‘Honestly, I’m just going to let it go to the people of Alabama…’ 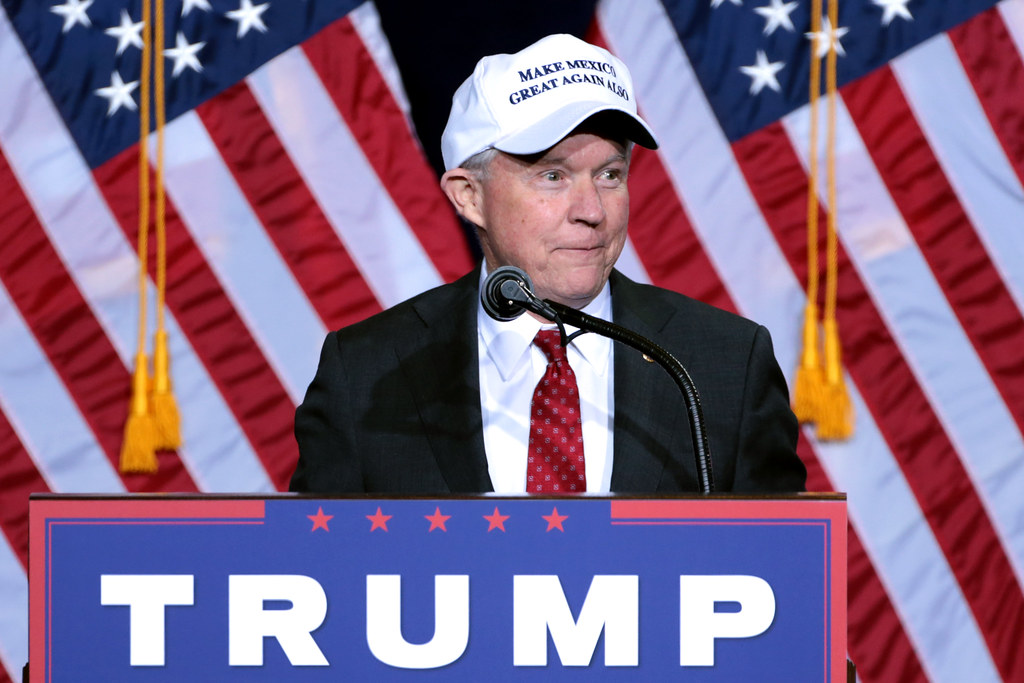 (Claire Russel, Liberty Headlines) Former Attorney General Jeff Sessions is planning to run for the Alabama Senate seat, and though President Trump hasn’t endorsed Sessions in his bid, he hasn’t dismissed it either.

“When I left President Trump’s Cabinet, did I write a tell-all book? No. Did I go on CNN and attack the President? No. Have I said a cross word about President Trump? No,” Sessions says in a video declaring his candidacy. “As everyone knows, President Trump and I have had our ups and downs. But here’s the important part: the President is doing great work for America.”

Senate Republicans have warned Sessions that Trump will undoubtedly attack him at some point “Unless he works out some sort of reconciliation with the president,” according to Sen. John Cornyn, R-Texas.

But on Friday Trump told reporters he wouldn’t campaign against Sessions, according to the Associated Press.

The seat Sessions is running for is currently held by Democratic Sen. Doug Jones, who defeated Moore after Trump and the rest of the GOP disavowed him when accusations of sexual harassment arose.

Trump repeatedly urged Moore to drop out, slamming him for being one of the only conservative candidates capable of losing the traditionally red state.

Trump has urged Republicans to look at candidates other than Moore for 2020.

“Roy Moore cannot win, and the consequences will be devastating … .Judges and Supreme Court Justices!” Trump wrote on Twitter earlier this year.

Donald Trump Jr., the president’s eldest son, suggested the Trump camp might not care that much that Sessions is looking to take back his old seat.

The real problem the president had with Sessions was his inadequacy as Attorney General, Trump Jr. said.

“I always had a good relationship with Jeff Sessions,” Trump, Jr. said at a book signing this week, according to YellowHammer News. “Obviously there’s some issues in that role attorney general, he was a very good senator, he was very supportive of us early. I think in that role [as attorney general], with those animals, you needed someone tougher … Honestly, I’m just going to let it go to the people of Alabama.”

Trump Jr. added that at this point, any Republican candidate but Moore “would be great.”

“The rest [of the GOP candidates besides Moore] would all probably beat Doug Jones,” Trump Jr. said, “and they all seem like good guys. We’ll leave it to the people for now.”