‘It is our intention to cooperate with the inquiry…’ 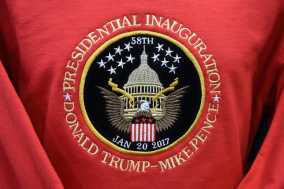 The subpoena from the Manhattan US attorney’s office requires the committee to turn over documents related to donors and donations, attendees at committee events, paperwork related to the legal requirements attached to donations as well as the possibility of donations made by foreign nationals, CNN reported.

The network, which said it had obtained a copy of the subpoena, said it showed prosecutors were investigating a wide range of crimes including conspiracy, false statements, mail fraud, wire fraud, money laundering, disclosure violations, violations of laws prohibiting contributions by foreign nations and contributions in the name of another person.

It also specifically seeks all communications with one donor, a Los Angeles venture capitalist named Imaad Zuberi, as well as the firm with which he is affiliated, Avenue Ventures, the Washington Post reported — though it was not immediately clear why Trump was of particular interest.

“We have just received a subpoena for documents. While we are still reviewing the subpoena, it is our intention to cooperate with the inquiry,” a spokesperson for the inauguration told media.

Gates has agreed to a plea deal with Robert Mueller, the special counsel leading the investigation into alleged collusion between the Trump campaign and Russia, though it is not clear whether the committee’s activities are still being scrutinized in connection with that probe.