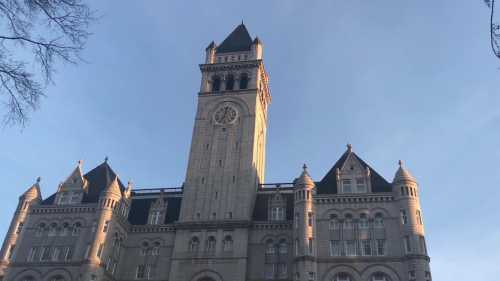 (Kaylee McGhee, Liberty Headlines) The Alcoholic Beverage Control Board in Washington, D.C. rejected a hearing on the liquor license for the Trump International Hotel, following efforts by an activist group to have it revoked on moral grounds.

The group, known as Make Integrity Great Again, filed a complaint, seizing on a small part of the D.C. code regulating licenses that requires permit holders to maintain “good character.”

The ABC Board on Wednesday declined to review the complaint, saying there was insufficient basis to consider it.

“The board does not agree with the assumption that a character and fitness review may be initiated at any time,” it announced, according to CNN.

The driving force behind MIGA is Jerry Hirsch, an Arizona real-estate developer and NeverTrumper who gave a quarter of a million dollars to the campaign of retiring Sen. Jeff Flake in 2017, according to Federal Election Commission filings.

While it is unclear whether real estate dealings have anything to do with Hirsch’s vendetta, at least one business partner of his Jaren Corporation, Westcor, was impacted considerably after Trump canceled plans to build a similar luxury hotel in Phoenix in 2005 due to zoning issues.

However, Hirsch himself is not one of the seven D.C. complainants, comprising three reverends, two rabbis and two judges, according to the Washingtonian. 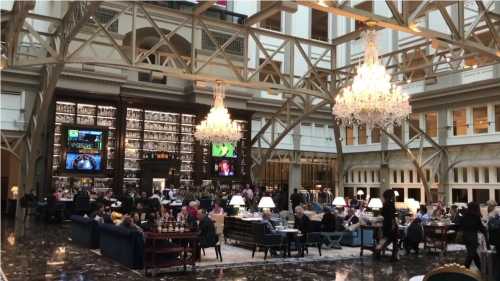 Lobby of the Trump International Hotel in Washington, D.C./IMAGE: Ryan O’Malley via Youtube

Joshua Levy, a lawyer for the group, told news outlets that the evidence gathered against Trump was “overwhelming,” making the case worth consideration.

“There’s nothing petty about the enforcement of the law,” Levy said.

Levy said the board made a mistake in not revoking Trump’s liquor license, and that the group would continue to press the board to reconsider.

The board noted that all liquor license holders in D.C. are set to apply for renewal by the end of March next year.

The only complaint the board brought against the Trump hotel was an “alleged sale-to-minor violation,” which will be discussed at the board’s next meeting later this month.

However, Max Bluestein, a spokesman for the board, told CNN that it was unlikely this could lead to a license revocation.

At the most, it could lead to a warning or fine, he said.

DC’s abc board refused to launch a review of the Trump Hotel liquor license based on alleged bad behavior on the part of President Trump, the owner. The board said it would not conduct a special review, but such matters could come up at the regular review next year. pic.twitter.com/w4BS99Uu7K