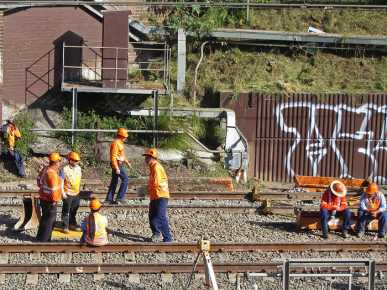 The Center for Immigration Studies said Trump abandoned his promise to the American worker embodied in the 2017 directive that he signed to “Buy American and Hire American.”

The Department of Homeland Security announced on March 29 that it is raising the limit on H-2B guest workers by 30,000 for 2019, bringing the total to 96,000—the highest in the program’s history.

Trump also signed legislation in February 2019 that would allow the total number of guest workers to reach 135,000 at the discretion of the DHS Secretary.

“The H-2B program is a raw deal for Americans, because H-2B visa holders get paid less than their American counterparts,” said Preston Huennekens, a research associate at CIS who authored the report. “In fact, H-2B visas prevent many of the neediest Americans from securing meaningful employment. For President Trump to allow this program to flourish is a betrayal of his promise to protect the American worker.”

Huennekens wrote that the H-2B program keeps wages low,  “props up inefficient companies,” and gives them no “incentive to reform their hiring practices.”

The Federation for American Immigration Reform also issued a rebuke of Trump’s actions.

“While Congress shoulders much of the blame for inexplicably authorizing an H-2B visa increase in the first place, the decision to actually go through with one was squarely in the hands of the Trump administration,” said FAIR President Dan Stein. “Yet when given the opportunity to stand with the American worker, President Trump and Homeland Security Secretary Kirstjen Nielsen capitulated to the self-serving demands of business lobbyists and authorized 30,000 additional visas. While the economy is certainly roaring, it does not need a vast infusion of guest workers.”