‘We’ll find out, hopefully, in the coming days how that aircraft behaved…’ 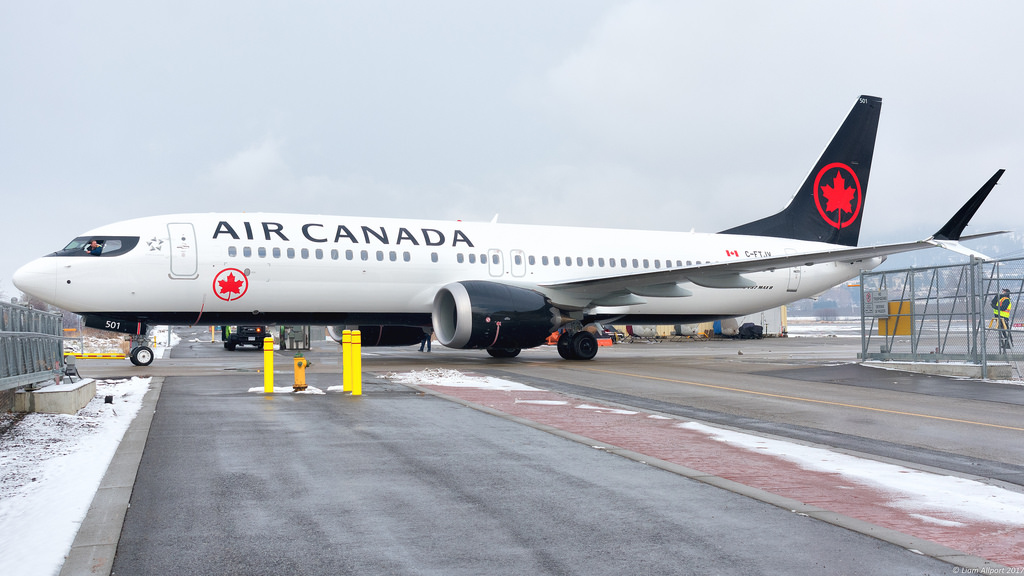 “The safety of the American people and all people is our paramount concern,” Trump said during a meeting at the White House.

“All of those planes are grounded, effective immediately,” Trump said.

The order affects the Boeing 737 Max 8 and Max 9. Trump said any planes currently in the air would be grounded upon completion of their flights “until further notice.” He added, “Boeing is an incredible company. They are working very, very hard right now.”

Trump’s decision came after Canada joined much of the world in grounding Boeing Co.’s 737 Max jetliner Wednesday, which had left the United States virtually alone in allowing the aircraft to keep flying.

The announcement by Canadian Transport Minister Marc Garneau came after aviation authorities in Europe, India, China and elsewhere grounded the plane in the aftermath of two fatal crashes in the last six months involving the 737 Max, the latest version of Boeing’s hugely popular twin-engine jetliner.

Garneau told reporters that Canada banned the plane from operating in the country, or flying over it, because of inconclusive data suggesting similarities between the crashes. The second accident occurred Sunday when an Ethiopian Airlines 737 Max crashed after takeoff, killing 157 people.

Before Trump acted, the FAA had not grounded the aircraft, saying Tuesday that the agency had found “no basis” for taking such action.

Other aviation observers also have raised questions about the Max version of the 737, which is the most-produced aircraft in Boeing’s line of jetliners, with more than 5,000 on order worldwide.

The FAA and Garneau’s agency work closely on most aviation matters, but Garneau said, “We make our own decisions in Canada and occasionally those decisions may be different from our colleagues south of the border.”

“They’re aware of it and the reasons for it,” Garneau said of the FAA’s and Canada’s decisions, “and similarly they let us know when they have a difference of opinion.”

When asked what would persuade Canada to lift the ban, Garneau replied, “The smoking gun that will explain what happened with this particular flight” in Ethiopia.

“We’ll find out, hopefully, in the coming days how that aircraft behaved” after authorities review the doomed jetliner’s flight recordings, Garneau said.

Meanwhile, the mounting concerns reportedly have prompted some airlines to reconsider their 737 Max orders.

Kenya Airways is re-evaluating plans to buy the plane and might switch to the rival Airbus A320 or upgrade to Boeing’s larger 787 Dreamliner, Bloomberg reported the carrier’s chairman, Michael Joseph, as saying.

In addition, Indonesia’s Lion Air is moving to drop a $22 billion order for the 737 in favor of the Airbus model, Bloomberg reported an unidentified source as saying.

It was the crash of a Lion Air 737 Max in October in Indonesia, which killed 189 people, that first raised questions about the aircraft, and analysts have focused on software in the new jetliner intended to stop the plane from stalling.

But maintenance issues and possible pilot error related to the software also are being evaluated and the crash remains under investigation.

The U.S. carriers flying the 737 Max are Southwest, American and United.

The union for American’s pilots, the Allied Pilots Association, said Tuesday that American’s 737 Max planes are unique because they are the only ones equipped with two displays, one for each pilot, related to the software in question. That provides “an extra layer of awareness and warning,” the union said.

The union said it “remains confident in the Boeing 737 Max and in our members’ ability to safely fly it.”

Regardless, the FAA had been criticized by some analysts, politicians and others for not joining Canada and other nations in grounding the 737 Max until there is more clarity about the cause of the crashes.

But John Cox, a retired airline pilot and accident investigator, had defended the agency. In an op-ed column in the Los Angeles Times, Cox wrote that “the FAA is right to wait. While both accidents are tragic, it’s not at all clear that they have the same cause.”