REPORT: ‘Colleagues that I’ve worked with…have just been decimated by this administration…’

(Kaylee McGhee, Liberty Headlines) The Trump administration continues to cut back on wasteful spending and root out “deep state” corruption, but Politico reports this shift in priorities has been “personally draining” for many administration employees.

The report reveals that under Trump, the bureaucracy continues to cut back, but Jeffrey David Cox, national president of the American Federation of Government Employees, said Trump is “trying to starve the agencies of resources.”

He said it this administration is the “worst with the morale of employees.”

Some employees said working for the Trump administration has isolated them outside of their jobs.

“I’ve quit going on dates that I meet on Hinge or the other dating apps because the four that I have been on the past month have all gotten upset I ‘work for Trump,’” an HHS employee told Politico.

Some government workers said they felt external pressure for working under Trump’s White House, saying it’s been divisive with their friends and relatives.

They also said the instability of the White House has often created problems in the workplace.

Politico reported that many employees suffer from increased anxiety and depression, resulting in many resignations or requests to transfer.

“My own personal coping mechanism is a lot of denial,” an Energy Department employee said. “That has caused marital stress, since [my spouse] does not appreciate or respect my state of denial. That has caused an issue, although we would not be the only couple in the United States that has struggled with the Trump effect. I’m the frog in the pot that’s boiling along.”

Although some argue this has resulted in distrust between the government and its employees, this new vacuum has allowed Trump to cut back in multiple agencies, effectively “draining the swamp.”

Still, many employees said the chaotic nature of the White House posed problems in the workplace.

But a former senior Food and Drug Administration official said many top officials help shield employees from the chaos in the White House. 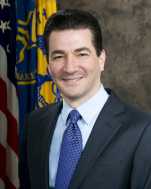 The official told Politico that FDA chief Scott Gottlieb has stabilized the agency.

“[My experience] is in sharp contrast to colleagues that I’ve worked with who have just been decimated by this administration,” the official said.

Border patrol agents said they felt empowered by the Trump administration, especially since Trump stressed the importance of border security during his campaign.

“We’re walking on air,” said a U.S. Immigration and Customs Enforcement employee. “We’re actually getting someone who supports our mission. We’re getting the respect we deserve for all the crap we have to deal with.”

The border patrol agents said Trump has changed the way the rest of the country views them.

“Whereas before, working on the highways, waving traffic, you generally expect to get flipped off or yelled at at least once a shift,” said Terence Shigg, president of a Border Patrol local union in the San Diego area. “Now it’s kind of the opposite. You get usually one thumbs up, or a honk, or a ‘good job’ every shift.”