Some advisors say it could be good for the US… 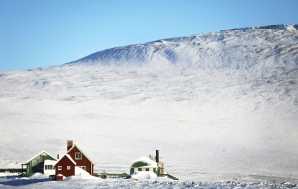 (AFP) President Donald Trump is asking advisers if it is possible for the US to buy Greenland, according to a report.

Trump has expressed interest in the self-governing part of Denmark — which is mostly covered in ice — asking advisors if it is possible for the US to acquire the territory, The Wall Street Journal said Thursday, citing people familiar with the discussions.

The president has been curious about the area’s natural resources and geopolitical relevance, the paper reported.

Greenland is a self-governing region of Denmark, which colonized the 772,000 square-mile (two-million square kilometer) island in the 18th century, and is home to nearly 57,000 people, most of whom belong to the indigenous Inuit community.

There was no official comment from the White House, and the Danish embassy in Washington did not immediately respond to AFP’s request for comment.

Some Trump advisors say acquiring Greenland, which is northeast of Canada, could be good for the US, while others called it only a “fleeting fascination” from the president, The Wall Street Journal said.

Others outside the White House say Trump’s interest could be a desire to secure a legacy achievement, the paper reported, and advisors wondered about the potential for research or greater military clout for the US.

The US’s northern-most military base, Thule Air Base, has been located on Greenland for decades.

But Greenland doesn’t quite live up to its lush name — 85 percent of the island is covered by a 1.9-mile-thick (three-kilometer) ice sheet that contains 10 percent of the world’s fresh water.

Trump is reportedly set to visit Copenhagen in September.

This isn’t the first time the president has expressed interest in foreign properties — he has said North Korea’s “great beaches” would make ideal locations for condos.