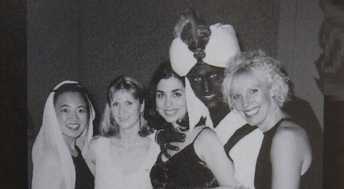 (Daily Mail) Canadian Prime Minister Justin Trudeau has apologized and said he is ‘p***ed off’ at himself after a photo emerged showing him wearing brownface at a party 18 years ago when he was a private school teacher.

The photo, published by TIME magazine on Wednesday, shows Trudeau wearing brown makeup on his face, neck and hands while wearing a turban and robe at a party in 2001.

Trudeau admitted to wearing the racist costume when he attended an ‘Arabian Nights’ themed gala at West Point Grey Academy – the private school in Vancouver where he was teaching at the time.

In a press conference held on his campaign plane on Wednesday night, Trudeau acknowledged that the photo was racist and said he should have known better.