‘Humbug to you, Durham. Who let the Grinch in?’… 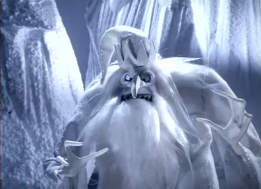 (Associated Press) Plans to hold a “Frost Fest” instead of a traditional holiday celebration are getting a frosty reception in a New England community.

After concerns last year that the tree-lighting ceremony at a park in Durham, New Hampshire, was too focused on Christmas, and a decision to deny a menorah to be displayed next to the tree, town councilors hatched the idea of a celebration that pays tribute to winter.

This year, there’s no tree lighting ceremony or grand entrance from Santa planned at the Dec. 7 event.

But councilors said that in trying to make the holidays welcoming and inclusive, they’ve been yelled at and have received hateful emails and social media posts.

Some messages have accused the officials of erasing everything that has to do with Christmas and being elitist.

“Humbug to you, Durham. Who let the Grinch in?” wrote Dan Hurley, of Dover.

The debate over what to include in the holiday season extends even to the wreaths on light posts.

For now, they’re going up again.

An editorial in the newspaper Foster’s Daily Democrat, offered some suggestions for residents who don’t like changes to the town event, such as go, and “see if you feel you and your family’s good time is diminished in any way from years past.”