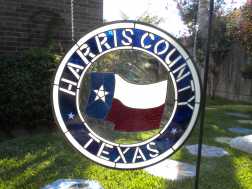 (John Wynne, Liberty Headlines) The Public Interest Legal Foundation (PILF) is still interested in knowing just how many non-citizens are on the voting rolls in Harris County, Texas, and wants a federal court to force the county board of elections to comply with their request.

According to a press release from PILF, the county says they have no right to the data.

In addition, they want the pending federal case to be stayed.

In response, the organization filed a response arguing that they are indeed entitled to the information.

For one thing, they argue that Harris County’s interpretation of federal law – that only dead or relocated voters can be unsealed – is absurd.

In the briefing, PILF said, “[I]t would permit election officials to operate in secret in an area of constitutional importance.”

They say that Congress requires all records relating to voter registration be made accessible to the public.

The county is also trying to derail the case by making arguments related to state law, when the request was federal in nature.

Finally, PILF notes that the request they made was properly submitted, hence there was no reason to deny it.

The denial of the properly made inspection request, hiding behind attorneys – all raises the question of why Harris County finds it so important to shield the public from public voter registration records.

“Harris County is not complying with federal rights to inspect public election records,” said PILF President and General Counsel J. Christian Adams in Friday’s press release. “Congress and the courts are clear – citizens enjoy broad rights to see government election records for themselves. Harris County continues to try to conceal how many noncitizens truly passed through the voter registration system.”