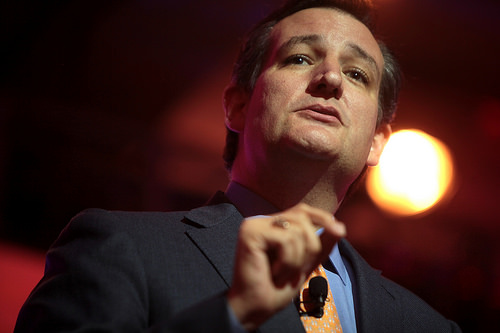 (Michael Barnes, Liberty Headlines) CitiBank and Bank of America are two of the largest financial institutions in the country.

They recently set off a firestorm of controversy after the banks’ corporate management announced policies aimed at restricting legal gun activities.

“The Bill of Rights should not be subject to corporate pressure or financial coercion,” Cruz said in an official letter to the banks’ CEOs on Friday.

Cruz is the chairman of the Subcommittee on the Constitution, which deals with civil rights, including Second Amendment rights.

The Subcommittee falls under the powerful Senate Judiciary Committee.

The financial behemoths are leveraging their respective market power to restrict gun sales and gun purchases beyond what state and federal laws require.

Specifically, Citigroup customers must now wait longer than the legal waiting period for gun background checks, and its business customers must refuse to sell firearms to adults under the age of 21.

Anyone who doesn’t comply will have to “transition their business away from Citi,” the bank said in a statement.

Citi is also prohibiting its business customers from carrying legal high-capacity magazines, although it’s unclear what exactly that means.

Bank of America said it will no longer lend money to companies that manufacturer certain semi-automatic rifles, like the AR-15.

He likened the moves to the Obama administration’s abuse of power through “Operation Choke Point,” and Mayor Rahm Emanuel’s efforts to punish CEOs into agreeing with his preferred gun policies.

“Your efforts at ‘legislating through Wall Street,’” Cruz said, “and those politicians who are urging you on pose serious threats to our rights.”

The conservative Texan issued several questions to the CEOs asking whether they are lobbying other mega-banks to create similar policies, and if any government officials have made threats, or promises relating to their new gun positions.

The issue is muddied by the fact that both Citigroup and Bank of America received enormous taxpayer sums during the “too big to fail” financial crisis of 2008, something Cruz made sure to point out in his letter.

Citigroup received $20 billion in cash, in addition to hundreds of billions of dollars in support, to guarantee its bad investments – the most cash and guarantees of any financial institutionduring the crash.

Bank of America received a taxpayer bailout of $45 billion and a guarantee of $118 billion against potential losses.

“Your banks exist today only because of the (perhaps foolish) largess of the taxpayers whose constitutional rights you are now trying to restrict,” Cruz said.