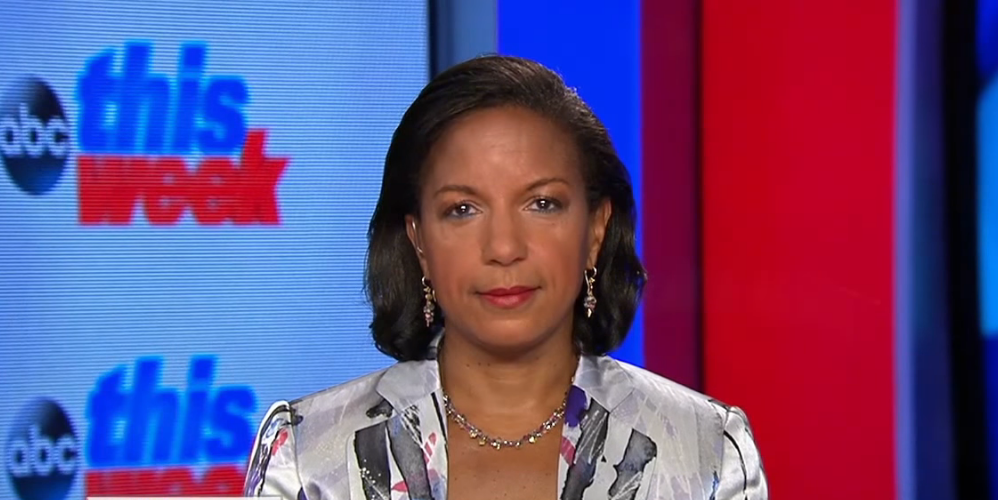 Despite her liabilities—such as a deep involvement in the Benghazi and Obamagate scandals that have been largely ignored by the mainstream press—the Biden campaign has leaned on Rice’s political experience during recent events, including the coronavirus pandemic and ongoing protests over the death of George Floyd.

“I know they have a good relationship—perhaps the best relationship of anyone on the list,” a source close to the Biden campaign said.

“They’ve known each other for years,” said the source. “They’ve worked alongside each other, and she’s been tested in a way that a lot of folks on the list just haven’t been.”

Biden said he wants someone who is “ready to be president on day one,” and as a fellow holdover of the Obama presidency, Rice fits that description, according to sources.

Biden has also said he’d like to choose a woman of color, and his campaign is under even more pressure to choose a black woman as racial tensions continue to dominate the news cycle.

“Everyone automatically thinks of [Sen. Kamala Harris, D-Calif.] when they think he needs to pick a woman of color. It’s become conventional wisdom,” said a source who worked in the Obama administration alongside Biden and Rice.

“But if you look at Susan’s credentials, she makes perfect sense,” the source continued. “She’s a rock star who has the confidence, stature and gravitas to be vice president.”

However, Rice’s involvement with the Obamagate scandal—and her past record of dishonesty—may compound some of the problems Biden himself faces in the months to come. A far-reaching criminal investigation by Justice Department special prosecutor John Durham is set to wrap within the coming weeks.

It also was revealed recently that Obama and Biden were much more involved in the FBI’s attempts to undermine the Trump administration than originally suggested. Handwritten notes by FBI agent Peter Strzok indicated that it was likely Biden who suggested trying to frame Rice’s successor, incoming national security adviser Michael Flynn, during a Jan. 5, 2017 meeting, at which Rice was also present.

In a subsequent memo, she claimed that Obama had insisted the FBI conduct everything “by the book” and that “the right people” take charge of the Flynn probe, which had nearly been dismissed after FBI analysts determined his conversations with a Russian diplomat had not posed a security threat.

Nonetheless, the information of the calls was secretly leaked to media, who used it to force out Flynn, who was later indicted as part of a perjury trap by the same FBI agents. That chain of events also led to President Donald Trump’s firing of Comey, which led Congress to appoint special counsel Robert Mueller.