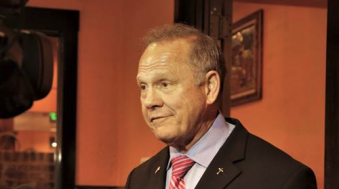 Moore filed a lawsuit against Cohen and the production networks last year, claiming that Cohen inaccurately portrayed him as a pedophile during an episode of “Who is America?”

He sought financial compensation from the networks, citing intentional infliction of emotional distress and fraud.

Last year it looked like Cohen would be successful in his attempt to dismiss Moore’s suit, because a district judge in D.C. ruled in favor of Cohen’s request that the case be transferred to federal court in New York, where the “leftist” jury would be “more inclined to dismiss the case.”

But according to Klayman, the Southern District of New York District Judge Andrew Carter actually ruled against Cohen and denied his continued request to throw out the lawsuit, allowing the proceedings to move forward as planned.

“We are gratified that the Court is allowing the Moores’ case to go forward and we look forward to putting Cohen and the other defendants under oath. The alleged defamation of Chief Justice Moore was malicious and despicable and it is time that a jury of the parties’ peers allow justice to be done. Great harm has been caused to my clients, which must be addressed and remedied,” Klayman said in a statement.

Moore is seeking $95 million in damages for the alleged defamatory action, which occurred when Cohen characterized Moore as a pedophile disguised as an Israeli Mossad agent.

Moore faced multiple accusations of sexual misconduct by women who alleged that he pursued romantic relationships with them while they were teenagers.

Moore has denied the allegations, but lost the Senate special election in 2017 and President Trump’s endorsement as a result.