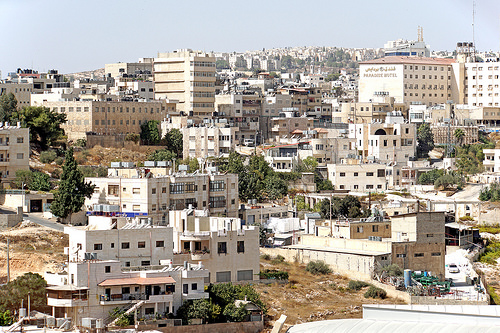 (Kaylee McGhee, Liberty Headlines) The U.S. State Department said it will no longer refer to Israel’s West Bank as an “occupied territory” in its annual report on human rights violations.

This change in words was driven by geography, not a shift in policy, says the Department, but it marks the first time since 1979 the United States has not listed the nation as “Israel and the Occupied Territories.”

This year, the report’s title was changed to “Israel, Golan Heights, West Bank, and Gaza,” with one section on Israel and the Golan Heights, and a second on the West Bank and Gaza.

A State Department official told i24NEWS that this change was not driven by a drastic change in U.S. policy, but declined to say what that policy is.

“We have retitled this Human Rights Report to refer to the commonly used geographic names of the area the report covers: Israel, the Golan Heights, the West Bank, and Gaza,” the official said. “That is in line with our practices generally. We also believe it is clearer and more useful for readers seeking information on human rights in those specific areas. Our policy on this has not changed.”

Last December, the U.S. Ambassador to Israel David Friedman asked the State Department to stop calling the West Bank “occupied,” but the official declined to say the request was related to the terminology change.

The report also contains a new note about the status of Jerusalem, since President Donald Trump officially recognized the Holy City as the capital of Israel last December.

**MORE COVERAGE OF ISRAEL at LibertyHeadlines.com**

It states that “It is the position of the United States that the specific boundaries of Israeli sovereignty in Jerusalem are subject to final status negotiations between the parties.”

“It is about time that the State Department stopped referring to land in Israel as ‘occupied territories,’” Mat Staver, President of Christians in Defense of Israel and Chairman of Liberty Counsel, said in a statement. “I applaud the Trump administration for this welcome change.”