Halper mentioned only briefly, and in passing, that he had met with Page… 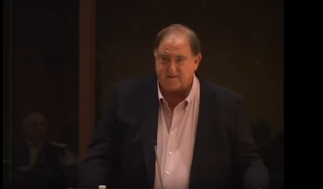 (Byron York, The Washington Examiner) Sam Clovis, a former national co-chairman of the Trump campaign, is one of three Trump figures known to have been contacted by FBI informant Stefan Halper during the 2016 presidential campaign.

Clovis received an email, out of the blue, from Halper, whom he did not know, on August 29, 2016 — after Halper had been in touch with Carter Page and just before he contacted George Papadopoulos.

Page and Papadopoulos were peripheral, sometime volunteer Trump foreign policy advisers, but they are key figures in the investigation into whether the Trump campaign colluded with Russia to rig the 2016 election.

Clovis, who is not suspected of any wrongdoing, has testified and been interviewed for a total of 19 hours, by his own count, before special counsel Robert Mueller’s investigators, before Mueller’s grand jury, and before the House and Senate intelligence committees.

During all that testifying, Clovis never knew about Halper’s connection to the FBI. Only recently, from news reports, has Clovis learned about Halper’s true role…

“I am a professor at Cambridge University lecturing on US politics and foreign policy. I am what is called a ‘scholar practitioner,’ having served in the White House and four presidential campaigns — two as policy director. Over the past month I have been in conversation with Carter Page who attended our conference in Cambridge on US elections. Carter mentioned in Cambridge, and when visiting here in Virginia, that you and I should meet… all the best, Stefan Halper.”