The SPLC has consistently labeled conservative organizations as “hate groups” … 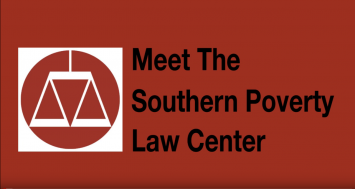 The left-wing nonprofit — which has more recently come under fire for labeling legitimate conservative organizations as “hate groups” — is one of the more than 100 non-government organizations (NGOs) and government agencies in YouTube’s “Trusted Flaggers” program, a source with knowledge of the arrangement told TheDC.

The law center declined to return several requests for comment from TheDC but on Thursday confirmed their participation in the program in a statement to left-wing blog Think Progress.

“The Southern Poverty Law Center is greatly concerned about the spread of white supremacist propaganda online and believe that tech companies should enforce their own terms and service agreements,” SPLC’s director of their Intelligence Project told Think Progress.

The left-wing group has consistently labeled pedestrian conservative organizations as “hate groups” and has been directly tied to violence against conservatives in the past. Floyd Lee Corkins, who opened fire at the Family Research Center (FRC) in 2012, said he chose the FRC for his act of violence because the SPLC listed them as a “hate group.”

The SPLC and other “Trusted Flaggers” work closely with YouTube’s employees to crack down on extremist content in two ways, YouTube public policy director Juniper Downs told a Senate committee in January and a Google spokesperson previously confirmed to TheDC.

First, the flaggers are equipped with digital tools allowing them to mass flag content for review by YouTube personnel. Second, the partner groups act as guides to YouTube’s content monitors and engineers designing the algorithms policing the video platform but may lack the expertise needed to tackle a given subject.

“We work with over 100 organizations as part of our Trusted Flagger program and we value the expertise these organizations bring to flagging content for review. All trusted flaggers attend a YouTube training to learn about our policies and enforcement processes. Videos flagged by trusted flaggers are reviewed by YouTube content moderators according to YouTube’s Community Guidelines. Content flagged by trusted flaggers is not automatically removed or subject to any differential policies than content flagged from other users,” a YouTube spokesperson, who would not specifically comment on the SPLC’s participation in the program, previously told TheDC.

YouTube admitted to The Daily Caller News Foundation on Thursday that their content moderators recently purged a large number of conservative and right-wing channels on the website, but claimed the censorship was a mistake and attributed it to human error.