(LifeZette) Former House Speaker Newt Gingrich sparked a mini-meltdown in the media Monday with a tweet challenging the fairness of the investigation into Russian interference in the 2016 presidential election. 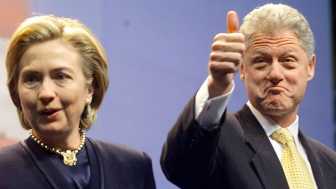 Gingrich, who also on “The Laura Ingraham Show,” pointed to the early hires that special counsel Robert Mueller has made.

“Republicans are delusional if they think the special counsel is going to be fair,” he tweeted. “Look who he is hiring.check fec [sic] reports. Time to rethink.”

He’s not wrong about the donations. Four top lawyers hired by Mueller have contributed tens of thousands of dollars over the years to the Democratic Party and Democratic candidates, including former President Barack Obama and President Donald Trump’s 2016 opponent, Hillary Clinton.

One of the hires, Jeannie Rhee, also worked at a lawyer for the Clinton Foundation and helped persuade a federal judge to block a conservative activist’s attempts to force Bill and Hillary Clinton to answer questions under oath about the operations of the family-run charity.

Campaign finance reports show that Rhee gave Clinton the maximum contributions of $2,700 in 2015 and again last year to support her presidential campaign. She also donated $2,300 to Obama in 2008 and $2,500 in 2011. While still at the Justice Department, she gave $250 to the Democratic National Committee Services Corp.

Rhee also has contributed to a trio of Democratic senators, Mark Udall of New Mexico; Chris Van Hollen of Maryland; and Sheldon Whitehouse of Rhode Island.

James Quarles, who worked on the Watergate investigation has a young prosecutor, has an even longer history of supporting Democratic politicians. He gave $1,300 to Obama in 2007 and $2,300 in 2008. He also gave $2,700 to Clinton last year.

Republicans are delusional if they think the special counsel is going to be fair. Look who he is hiring.check fec reports. Time to rethink.

In addition, Quarles gave money to former Sen. John Walsh (D-Mont.) and three current Democratic senators — Ron Wyden of Oregon; Ed Markey of Massachusetts; and Robert Menendez of New Jersey. He chipped in $300 to the DNC Services Corp. $300 in 2012.

Andrew Weissmann, a former Justice Department lawyer who now is at Jenner & Block, contributed $2,300 to Obama in 2008 and $2,000 to the DNC Services Corp. in 2006. Weissmann served as chief of the Justice Department’s criminal fraud section, and worked on the Enron fraud case.

A fourth lawyer on Mueller’s staff, Michael Dreeben, donated $1,000 to Clinton 2006 and $250 to Obama each of the years 2007 and 2008. He was deputy solicitor general and has appeared many times before the Supreme Court.

Media pundits generally dismissed concerns over the Democratic Party ties of the staff Mueller is building. Several Trump critics noted that Gingrich previously had tweeted that Mueller was a “superb choice to be special counsel” and that his reputation was “impeccable for honesty and integrity.”

Journalist Paul Vale, who has written for the Huffington Post and The Times of London, tweeted, “Boiled cabbage Gingrich lays out the White House plan to discredit career lawman Mueller — all in the service of his babbling paymaster.”

CNN anchor John King on Monday asked the network’s chief congressional corresponded Manu Raju, if it should be a concern.

“No, because Bob Mueller is the one who’s in charge of this investigation and will ultimately decide how to proceed, and there is some oversight over him by [Deputy Attorney General] Rod Rosenstein, even though there is a special counsel,” he said.