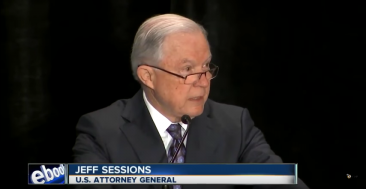 The Obama-era document was included on a list of 24 Justice Department guidances that Sessions scrapped because he said they were “unnecessary, outdated, inconsistent with existing law” or imposed without congressional approval.

“That’s wrong, and it’s not good government,” Sessions said in a statement.

The 2011 guidance, which was issued by the Office of Special Counsel for Immigration-related Unfair Employment Practices, ensured asylum seekers and refugees were “authorized to work indefinitely” and could obtain Social Security cards “without employment restrictions.”

The guidance also barred employers from demanding Department of Homeland Security-issued immigration documents from refugees and asylum seekers as long as they could present Social Security cards or American driver’s licenses.

In another blow to immigrants, Sessions included a 2009 guidance on the chopping block that urged employers to “avoid ‘citizens only’ hiring policies,” such as demanding a “particular immigration status” from job applicants.

Sessions’ sweeping rollback comes as the Trump administration continues to enforce its immigration agenda, including its “zero tolerance” policy on illegal entries, which resulted in the forced separations of thousands of children from their illegal alien parents at the southern border.