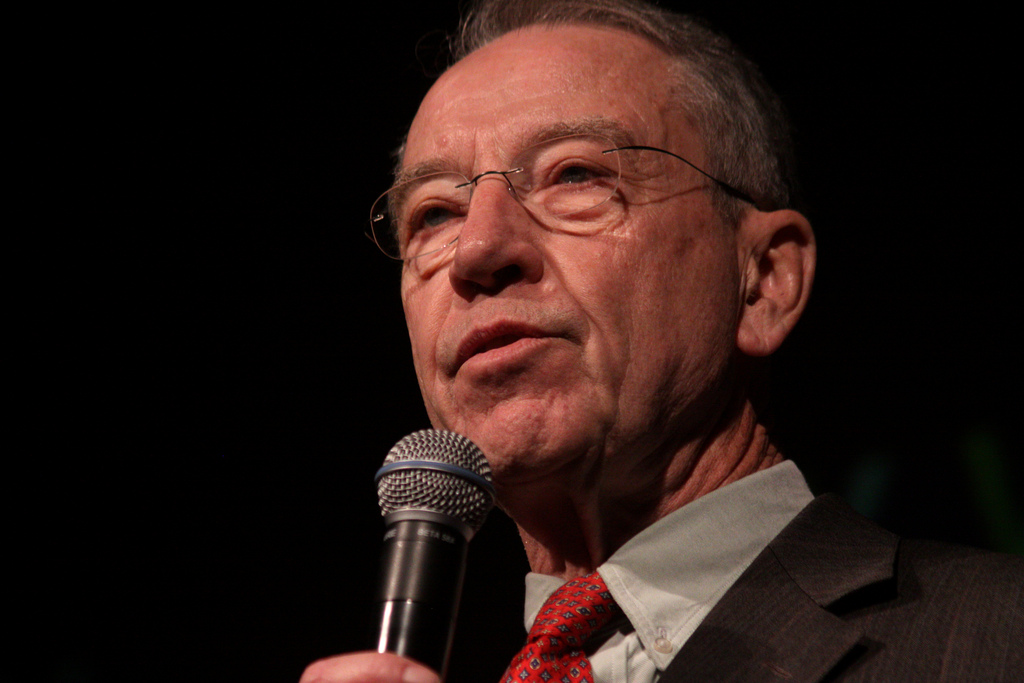 The Jan. 4 referral, issued by two Republicans on the Senate Judiciary Committee, accuses Steele of “apparent deception” in his interactions with the FBI regarding the dossier. It also asserts that the FBI relied largely on Steele’s reputation — and not on corroboration of the dossier — to obtain a warrant to spy on former Trump campaign adviser Carter Page.

The first warrant against Page was granted Oct. 21, 2016, according to the referral. Renewals were granted in January, April and June.

The referral also provides the clearest evidence yet that the FBI represented that a September 2016 Yahoo! News article independently corroborated Steele’s dossier claims about Page. But unknown to the Bureau, Steele was the very same source of the information in that Yahoo! report.

They also say that the FBI “relied more heavily on Steele’s credibility than on any independent verification or corroboration for his claims.”

Because of the FBI’s faith in Steele’s credibility, the FBI “took important investigative steps largely based on Mr. Steele’s information.”

They say that FBI and Justice Department documents provide “substantial evidence suggesting that Mr. Steele materially misled the FBI about a key aspect of his dossier efforts.”

Much of the information matches up with a memo released Friday by the House Intelligence Committee.

The Grassley-Graham referral helps settle one controversy that arose from the release of the House memo.

It says that the Foreign Intelligence Surveillance Act (FISA) applications against Page noted the political origins of the dossier to a “vaguely limited extent.”

According to the Grassley-Graham referral, the FISA applications noted that the information was compiled at the direction of a law firm that had hired an “unidentified U.S. person’” to investigate Trump.

The law firm was Perkins Coie, which worked for the Clinton campaign and DNC. The U.S. person was Glenn Simpson, the founder of Fusion GPS, the opposition research firm that Steele in June 2016.

The application “failed to disclose” that the Clinton campaign and DNC were the dossier’s funders.

Republicans have said that the failure to mention the Clinton campaign and DNC was a major omission from the FISA applications. Democrats have said that it was enough that the applications acknowledged that Steele’s information came from a politically motivated source.

The application also quotes from the FISA application to show that the FBI falsely believed that parts of the dossier were corroborated by a Sept. 23, 2016 article published by Yahoo! News reporter Michael Isikoff.

“The FBI does not believe that [Steele] directly provided this information to the press,” reads the FBI’s application, which also asserts that the Isikoff article “generally matches” what the dossier says about Page.

Both the dossier and the Isikoff piece stated that that Page met secretly in July 2016 with two Kremlin insiders, Igor Sechin and Igor Diveykin, allegations which Page vehemently denies.

But there’s a good reason that the claims match up. That’s because Isikoff, Steele and Fusion GPS founder Glenn Simpson met shortly before the publication of the article to discuss Page.

The FBI appeared not to know that Steele, a former MI6 agent, was the source for the article. Grassley and Graham suggest that that’s due to deception on Steele’s part.

Isikoff himself said last week, after the release of the House Intel memo, that he was surprised to learn that his article was used to justify the FISA warrant against Page. He said that the FBI’s reliance on his article as well as the dossier was “self-referential.”

While the FBI was unaware of Steele’s contacts with Isikoff and other reporters in September 2016, it did learn of a meeting he had with Mother Jones reporter David Corn. And after Corn published an Oct. 31, 2016 article based on that interaction, the FBI suspended Steele as a source.

The referral asserts that Steele met with Corn, despite having been admonished about speaking with the press.

Despite cutting ties with Steele, the FBI continued citing his work in its FISA applications. The justification was that Steele had collected the information prior to the FBI suspending the relationship.

Grassley and Graham say that there are two reasons why Steele’s misrepresentations about press contacts are relevant to his dossier work.

Grassley and Graham pose two alternatives, neither of them good for the FBI.