(Joshua Paladino, Liberty Headlines) Students on university campuses have threatened to use violence to shut down speech they disagree with, and college administrators have caved to their demands. 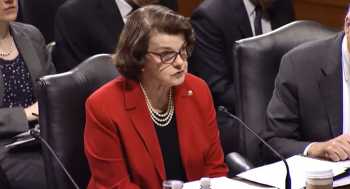 The Senate Judiciary Committee heard on Tuesday how senators and witnesses on both the left and right agreed universities must protect all discourse, even if it offensive.

“Many students erroneously think that speech that they consider hateful is violent,” said Sen. Chuck Grassley (R-IA), the committee chairman. “Yet some students engage in acts of violence against speech, and universities have failed to prevent or adequately punish that violence.”

Grassley cited a case in which two conservative speakers were prevented from talking at the University of California because the administration could not control the threats of mob violence.

Senator Diane Feinstein (D-CA), while agreeing that offensive speech should be protected, said there is a point at which speech becomes violent and university administrators have the right to shut it down.

“There are certain occasions on which individuals assemble, not to act peacefully, but to act as destructively as they possibly can,” she said. “I know of no effort at the University of California to stifle students’ speech — none. I do believe that the University has a right to protect its students from demonstrations once they become acts of violence.”

She then said universities have to ask, “When does speech become violent?” 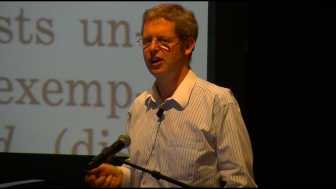 Witness Eugene Volokh, professor of law at UCLA, said the “heckler’s veto,” in which students disturb speakers or threaten them with physical violence unless they stop talking, cannot be allowed on campuses.

“When thugs learn that all they need to do in order to suppress speech is to threaten violence, then there will be more such threats,” Volokh said. “I think the solution to that is to say that the speech will go on, and that means bringing in more law enforcement and making sure that those people who do act violently, or otherwise physically disruptively, are punished.”

Witness Floyd Abrams, senior counsel at Cahill Gordon & Reindel LLP, recalled that in the past it used to be college administrators that silenced speech they disagreed with, but he recognized a new issue today.

“We have, I have to say, a problem with students and supine administrations. We have a problem in that too many people are unwilling to listen to ideas with which they disagree,” Abrams said. “And that is a problem which has only a long-term solution, but it is one I suggest to you we start working on now.” 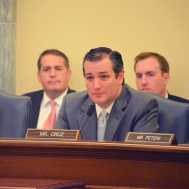 “Universities are meant to be a challenging environment for young people to encounter ideas they’ve never seen, they’ve never imagined, and that they might vehemently disagree with,” Cruz said. “If ideas are strong, if ideas are right, you don’t need to muzzle the opposition, you should welcome the opposition. Truth is far more powerful than force.”

In order to encounter ideas students disagree with, administrations have to tolerate and promote discussion with all people. But Zachary Wood, a senior at Williams College who describes himself as progressive, said the administration at his college has not brought one conservative speaker during his time at the college.
“This fact is problematic precisely because the overwhelming majority of students and faculty on campus espouse liberal beliefs, thereby contributing to what several commentators have referred to as an ‘echo chamber.’ In classrooms, liberal arguments are often treated as unquestionable truths,” Wood said. “In some cases, conservative students even feel the need to refrain from stating their opinion in fear of being shut down, or strongly disliked for doing so.”

Senator Ben Sasse (R-NE) asked Volokh what the role of state and local government should be in protecting free speech on university campuses.

“The state of Nebraska, for example, runs the University of Nebraska, and it has a responsibility to make sure that it’s run properly,” Volokh said. “Obviously, much of the time one wants to leave that to the professionals that are hired to run it, but if it looks like they’re not doing a good job of protecting student’s speech, I think the state has a double obligation to make sure that it’s universities are complying with the U.S. Constitution as well as what I think are the best educational principles.”