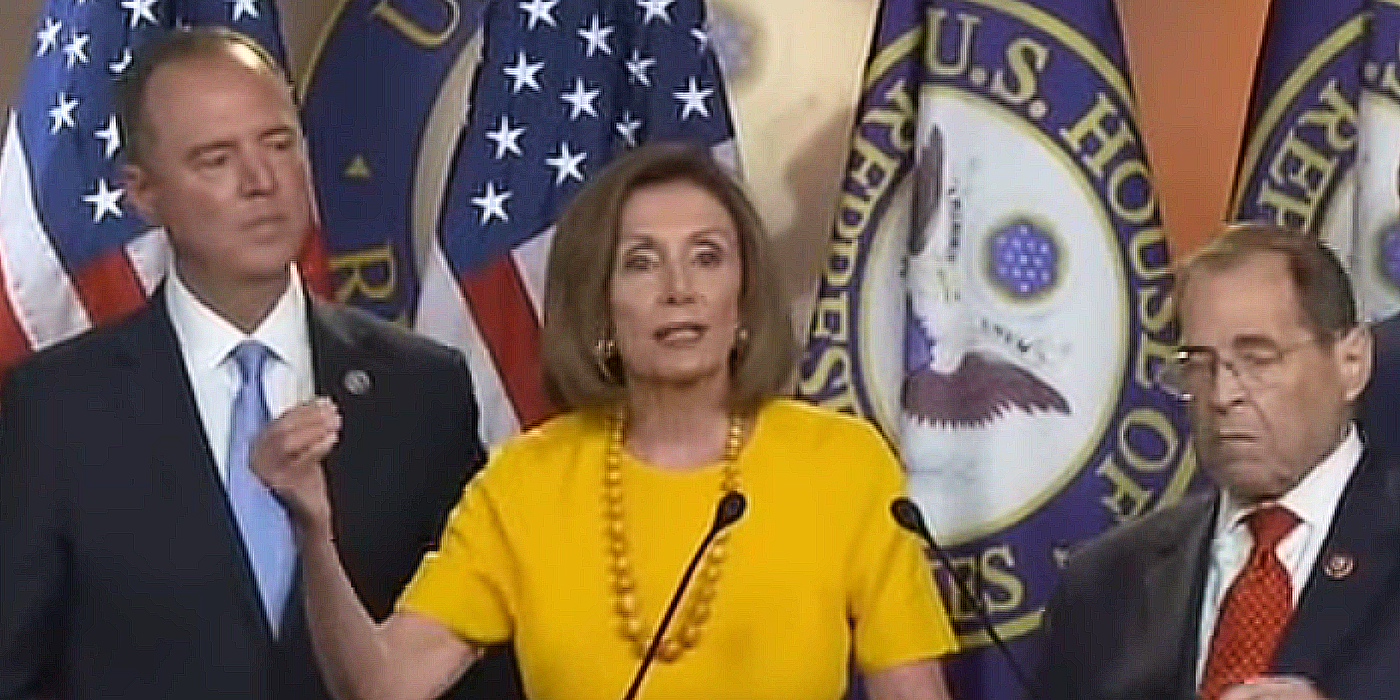 The justices agreed on Thursday to hear the Trump administration’s appeal of a lower-court order for the material to be turned over to the Democratic-controlled House of Representatives.

The high court’s action will keep the documents out of congressional hands at least until the case is resolved, which is not likely to happen before 2021.

Arguments themselves might not even take place before the November election.

The delay is a minor victory for Trump, who also is fighting efforts by the House and blue-state attorneys general to obtain his banking and other financial records. Those cases are expected to be decided in the coming days or weeks.

Legal experts anticipate a mixed decision, with the court once again shutting down House Democrats’ fishing expedition while upholding the state efforts.

Among the biggest considerations is the court’s desire to preserve the separation of powers—rejecting the attempt by the legislative branch to weaponize the judicial branch to compel oversight of the executive branch.

While judicial activism has been a growing concern since the mid-20th century at least, it has seen an unprecedented acceleration following the Obama era. Attorney General Eric Holder first promoted the idea that the Justice Department could selectively enforce the law, and the administration focused on appointing like-minded judges who put partisan priorities ahead of statutory considerations.

The Supreme Court’s tenuous conservative majority has kept at bay the political encroachment on the judiciary for the time being.

But while the four liberal justices have consistently voted in a bloc to support rulings that ignore precedent but support the progressive agenda, the four conservatives, alongside centrist Chief Justice John Roberts, have been more wobbly in espousing a consistent judicial philosophy.

More often than not, the court seeks to duck out on deciding hot-button issues by punting on the cases, relying on decisions based on standing or procedural matters rather than issuing a definitive verdict.

The latest action could mean the justices are able to avoid a decision on the sensitive dispute between the executive and legislative branches of government if Republicans regain control of the House next year and drop the case.

Likewise, it’s hard to imagine an administration of Democrat Joe Biden would object to turning over the Mueller documents unless the classified materials somehow implicate the Obama administration.

Recent declassified evidence released by the Justice Department and others has suggested that both Biden and Obama were aware of a parallel FBI effort to frame Trump appointee Michael Flynn with false allegations of Russian collusion.

However, the Mueller investigations and others that the White House have cooperated with have suggested that the House has not been exercising legitimate oversight authority but rather sought the materials for purely partisan reasons to damage a political rival regardless of what the documents reveal.

“Unfortunately, President Trump and Attorney General Barr are continuing to try to run out the clock on any and all accountability,” Nadler said in a statement while continuing his effort to blur the lines between the political and legal battles.

“While I am confident their legal arguments will fail, it is now all the more important for the American people to hold the President accountable at the ballot box in November,” he continued.

The Justice Department said in its Supreme Court filings that the court’s action was needed in part because the House hasn’t given any indication it “urgently needs these materials for any ongoing impeachment investigation.”

Democrats have suggested that the grand jury materials could reveal new misconduct that could potentially form the basis of new articles of impeachment, but such a course would have been unlikely so close to the 2020 election even if the court had allowed the material to be turned over immediately.

The House impeached Trump for his efforts to get Ukraine to announce an investigation of Biden, but the Republican-controlled Senate acquitted the president in February and Trump experienced a bump in his approval rating as backlash against the Democrats’ blatantly political maneuvering rose.

It is unclear how many new, or incendiary, revelations might be contained in the grand jury transcripts. Mueller’s report, though redacted in parts, revealed more than a year ago significant information about the president’s efforts to choke off the investigation and raised substantial questions about whether he had committed obstruction of justice.

Besides, many of the witnesses closest to Trump appeared voluntarily before Mueller’s team of prosecutors, and the Justice Department in recent months has released written—albeit redacted—summaries of those interviews.

That means the public already has insight into the accounts of key Trump associates, including son-in-law Jared Kushner and advisers like Steve Bannon and Hope Hicks.