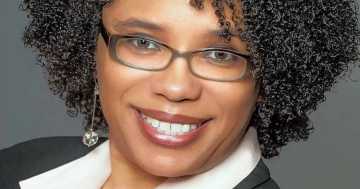 The surprise announcement came at the end of Monday’s board meeting.

O’Neal Ellis, in the final year of a second four-year term, said the decision was “very difficult” but that she wanted to get more deeply involved in social justice activism.

“I love this role, I love serving this community, but I have a very strong passion for social justice,” she said following the board meeting. “I just need to pursue the opportunity for me to go deeper with the issues that I’m passionate about.”

O’Neal Ellis made a controversial remark on social media last fall, when she posted what some saw as an offensive comment about the American flag.

“That flag means nothing more than toilet paper to me,” she wrote.

The controversy provoked comments both in support and opposition.

O’Neal Ellis defended her remarks in the aftermath, saying she made that comparison to prove her point that while many view the flag and anthem as symbols of freedom and justice, it is not seen as such by many in the black community.

She said her remark was not meant to be an attack on the military for whom she has the “deepest respect.”

The incident — “flag gate,” she called it — opened opportunities for her to become more involved in social justice but it would make it impossible to be an activist and serve on the board.

O’Neal Ellis said she will get involved in helping craft policy briefs on social issues, primarily ones benefiting the African-American community.

(The Courier-News is a publication of the Chicago Tribune.)