Alexandria Ocasio-Cortez/IMAGE: The Late Show with Stephen Colbert via Youtube

Fresh off allegations that she may have seriously violated campaign finance rules with a $1M slush fund—which she dismissed as a Fox News “conspiracy theory”—the New York City Democrat (and self-avowed socialist) now faces accusations of tax delinquency, according to told the New York Post.

The venture purportedly produced children’s books in the Bronx, and still has a corporate tax bill of $1,870.36, according to public records.

A spokesman for the freshman House radical said Ocasio–Cortez was unaware of the tax delinquency.

“This is the first we’re hearing of it, and we won’t have any additional comment until we look into it,” he told reporters on Saturday.

But one New York City accountant wasn’t so sure.

“The company probably got numerous letters from the state and probably ignored them,” the unnamed source said.

In July 2017, the state went so far as to issue a tax warrant, occurring just two months after Ocasio–Cortez announced her run for Congress.

The former-bartender-turned-congresswoman had apparently taken advantage of a city-subsidized program to launch her business. Called the Sunshine Bronx Business Incubator, the program provided dirt-cheap office space for qualifying participants—as little as $275 per month for start-ups.

Ocasio–Cortez is still featured on a local government website touting the program, and the National Hispanic Institute even deemed her a “social entrepreneur” in residence.

State tax officials, however, also knew where to find her, and sent her tax warrant directly to the taxpayer-supported incubator.

Perhaps a bigger question is what actually transpired at her purported children’s book company company. 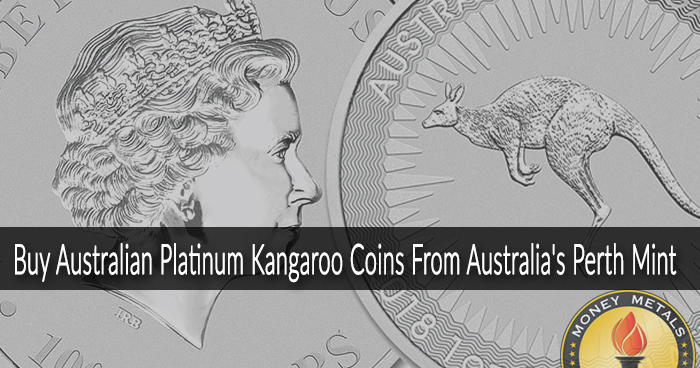 The 1-ounce platinum Kangaroo just hopped in and Money Metals Exchange is adding it to our lineup of low cost platinum.

Despite her claims to work with “designers, artists and authors that really know the urban story and help develop stories for kids,” reporters for the New York Post were unable to find a single book that Brook Avenue Press produced.

Undeterred, Ocasio–Cortez is continuing to push legislation that penalizes successful entrepreneurs. Last week, she backed a bill that would tax stock trades, and she previously called for a 70-percent tax on top income earners.