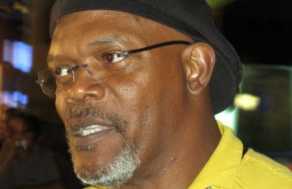 (The Hill) Samuel L. Jackson took to Twitter to criticize President Trump after he made repeated pushes for arming trained teachers as a way to address school shootings.

Trump tweeted on Thursday that highly trained teachers would serve as a deterrent to school shootings following the deadly attack at a Florida high school last week.

The president called for 20 percent of teachers — with military or special training experience — to be allowed to carry concealed guns.

Student survivors of the Florida school shooting that left 17 people dead have led reignited calls for action on gun violence.

On Wednesday, Trump held a listening session at the White House with students and parents affected by school shootings to discuss solutions…