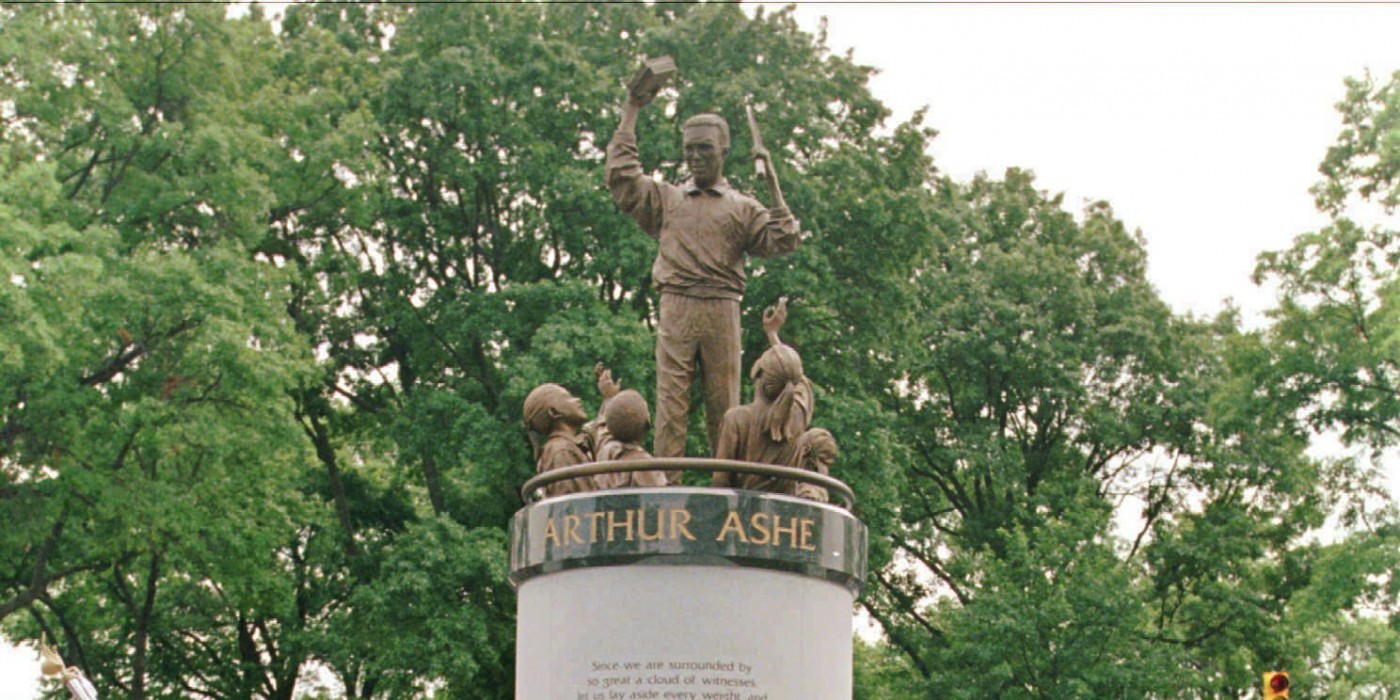 The Ashe statue seemed safe from defacement during recent protests over racism and police brutality, when protesters covered Confederate statues with graffiti and pulled down a statue of Jefferson Davis, the president of the Confederate States during the Civil War.

But after someone painted “White Lives Matter” on Ashe’s statue, city officials considered a request from Ashe’s family to temporarily remove the statue to protect it.

“It’s not going to be taken down,” David Harris Jr. said.

Harris said he contacted Mayor Levar Stoney’s office last month about taking down the statue until the civil unrest in Richmond calmed down.

Harris said the request was a “contingency plan” only during the height of the protests over the May 25 police killing of George Floyd in Minneapolis, when there were almost nightly clashes between police and protesters, and the Ashe family worried that the statue would be damaged or someone would try to topple it.

“We were just considering it at the height of the protesting so that if any credible threats came through Mayor Stoney had the leeway to do it without having any pushback from us if he felt the need to take it down,” Harris said.

Stoney’s spokesman, Jim Nolan, said Friday that the mayor is “going to listen to the family” and not remove the statue.

On July 1, Stoney ordered the immediate removal of all city-owned Confederate statues in Richmond, a onetime capital of the Confederacy.

Stoney invoked his emergency powers, citing the ongoing civil unrest and concerns that protesters would get hurt if they tried to pull down the enormous statues themselves.

The only Confederate statue that remains on Monument Avenue is a memorial to Gen. Robert E. Lee located on state property.

Gov. Ralph Northam ordered that statue’s removal last month, but it has been at least temporarily blocked by a lawsuit.

Harris said he believes his uncle’s statue “stands for everything the people are working for right now.”

Ashe, a Richmond native, was denied access to tennis courts as a child because of segregation.

He went on to become the first black player selected to the U.S. Davis Cup team and was the only Black man to ever win the singles title at the U.S. Open, Wimbledon and the Australian Open.

He was also well-known for his work to promote education and civil rights, to oppose apartheid in South Africa and to raise awareness about AIDS, the disease that eventually killed him in 1993.

Ashe’s statue was erected in 1996, but only after rancorous debate.