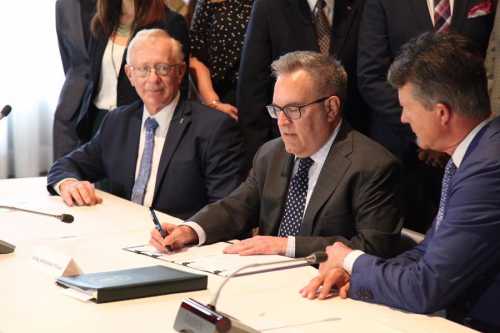 (Ben Sellers, Liberty Headlines) American taxpayers fund scientific research (much of it advocacy disguised as research) to the tune of billions of dollars a year, but now several states and local governments want to keep how that science is conducted a secret — and may sue the Trump administration to do so.

Ask any introductory science student what the most fundamental tenets of research are and you will hear words like replicability and verifiability.

It stands to reason, then, that when the Environmental Protection Agency in April proposed its “Strengthening Transparency in Regulatory Science” rule, it would be universally lauded and embraced by the scientific community.

The proposed rule would stipulate that any science used in establishing agency policy be publicly available, noting that the approach was consistent with that of leading scientific journals and compliant with government demands.

In signing the rule, former EPA Administrator Scott Pruitt said in a press release, “The era of secret science at EPA is coming to an end. The ability to test, authenticate, and reproduce scientific findings is vital for the integrity of rulemaking process. Americans deserve to assess the legitimacy of the science underpinning EPA decisions that may impact their lives.”

However, a group of 23 state attorneys general and city attorneys is opposing the plan, calling it an effort to ‘censor’ science.

The group issued a 33-page encyclical to acting EPA Administrator Andrew Wheeler last week, outlining their dissent. They threatened to press forward with a lawsuit if Wheeler does not amend the rule.

One of the opponents, North Carolina Attorney General Josh Stein, complained in his own release that requiring full public transparency would exclude many peer-reviewed scientific studies, such as health studies, that are bound by confidentiality protections.

The policy, he said, is “arbitrary and capricious, violates controlling federal law, and contains clear errors in reasoning.”

Many current EPA regulations, such as clean air and water acts, rely on such confidential data, Stein asserted.

“By compromising EPA’s ability to use the latest, best available, and generally-accepted science, the proposed rule would violate the very federal laws that EPA is required to uphold,” he said.

The issue of transparency has been one of particular concern related to climate-change scholarship.

Organizations studying the correlation between man-made carbon emissions and global warming, such as Great Britain’s University of East Anglia, were notably exposed in 2009 to be cherry-picking data that supported their hypotheses when a hacker released more than a thousand emails among climate researchers.

In 2014, a leading voice among climatologists, Penn State professor Michael E. Mann, successfully staved off efforts to have his prior research from the University of Virginia be subjected to the state’s Freedom of Information laws.

Although Mann previously had been implicated in the 2009 Climategate scandal, the National Science Foundation’s inspector general cleared him of misconduct, and Virginia’s Supreme Court awarded him $250 in damages from those pushing him to release his data.

Some politicians, such as Kentucky Sen. Rand Paul, have raised questions about NSF’s own advocacy efforts, including the approval of nearly $4 million to promote ‘climate education’ for television meteorologists with the hopes of generating more positive coverage.