(Daily Caller News Foundation) The Department of Justice’s internal watchdog will criticize former FBI Deputy Director Andrew McCabe for authorizing leaks to the media and giving misleading statements to investigators about doing so, according to two new reports.

McCabe, 49, authorized FBI officials to speak to the media for articles prior to the 2016 election, including one about an ongoing investigation into the Clinton Foundation, according to a report being prepared by Justice Department Inspector General Michael Horowitz.

The FBI No. 2 also misled watchdog investigators when they initially asked about the media disclosures, according to The Washington Post.

The New York Times also reported details of Horowitz’s report, which is expected to be released in March or April.

McCabe stepped down as deputy director in January after FBI Director Christopher Wray was briefed on Horowitz’s findings.

An Obama appointee, Horowitz has been investigating the FBI’s handling of the Clinton email investigation since Jan. 2017.

Among the leaks authorized by McCabe was one to The Wall Street Journal for an Oct. 30, 2016 article detailing an internal FBI and Justice Department battle over the Clinton Foundation investigation.

Some sources for the article suggested that McCabe issued a “stand down” order on the investigation.

Other pro-McCabe sources portrayed him in a more positive light.

One source described an August 2016 conversation that McCabe had with a Justice Department official who thought the Clinton Foundation probe was a dead end.

“Are you telling me that I need to shut down a validly predicated investigation?” McCabe asked the official, according to the source.

The sources for the article have not been identified, but one McCabe subordinate was in contact with Devlin Barrett, the reporter who wrote the article for TheWSJ.

Horowitz discovered Strzok and Page’s text messages as part of his investigation.

While McCabe’s position allowed him to speak with the media, Horowitz seemingly deemed it problematic that he authorized surrogates to discuss an ongoing investigation.

As for misleading statements about the leaks, The Post reports that McCabe claims that he did not intentionally mislead investigators.

**MORE COVERAGE OF THE FBI at LibertyHeadlines.com**

President Donald Trump will likely be pleased with the report, given his public spats with McCabe. 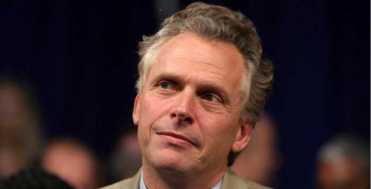 Trump has criticized McCabe over campaign contributions that his wife, Jill McCabe, received for a Virginia state Senate race in 2015 from then-Virginia Gov. Terry McAuliffe.

McAuliffe, a staunch ally of the Clintons, directed hundreds of thousands of dollars in donations to McCabe’s unsuccessful campaign.

The donations drew attention, in part, because McAuliffe was under FBI investigation over campaign contributions he received from a Chinese billionaire.

McCabe recused himself from that investigation.

He also recused himself from the Clinton probe shortly before the 2016 election, after TheWSJ reported the McAuliffe donations.

McCabe became involved in the Clinton investigation in February 2016, after his wife’s campaign had ended.