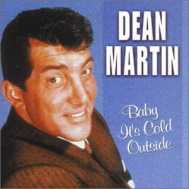 (AFP) It’s that time of year when radio stations across the United States are playing Christmas music nonstop. But one classic holiday song is proving too controversial for some stations in the wake of the #MeToo movement.

“Baby, It’s Cold Outside” — a duet written in 1944 and performed over the years by scores of artists, including Dean Martin, Dolly Parton, Ray Charles and Lady Gaga — has turned into a hot potato for broadcasters, some of which have yanked the popular song on grounds the lyrics are predatory toward women.

A radio station in the state of Ohio was first to announce it was pulling the song from its playlist last weekend after receiving complaints.

Several other stations across the country — and even in Canada — have followed suit.

Controversy over the song has existed for years but it has notched up a level this year because of the #MeToo movement that began in the United States more than a year ago in response to accusations of sexual abuse and harassment by powerful men in the entertainment industry and other sectors.

Some people have taken issue with the lyrics in the duet where a man is trying to persuade his lady friend to spend the night.

Broadway songwriter Frank Loesser penned the song in 1944 and it won an Academy Award in 1950 for best original song in the film “Neptune’s Daughter,” where it was sung by Esther Williams and Ricardo Montalban.

Other artists over the years have performed the song which has become a classic holiday tune.

Critics say while the song may have not sounded offensive when it was written in 1944, it no longer belongs on the airwaves today and was an ode to sexual assault.

“Now, I do realize that when the song was written in 1944, it was a different time, but now while reading it, it seems very manipulative and wrong,” Glenn Anderson, one of the hosts of the Ohio radio station WDOK that banned the song, said in a statement.

“The world we live in is extra sensitive now, and people get easily offended, but in a world where #MeToo has finally given women the voice they deserve, the song has no place.”

The radio station, which exclusively plays Christmas music during the holiday season, said a poll showed a majority of listeners were in favor of removing the song from the station’s playlist.

A similar decision by a radio station in Colorado didn’t sit well with outraged listeners who voted it back on the airwaves.

KOSI said Tuesday that the jingle would return to the airwaves after an online poll generated more than 15,000 responses, with 95 percent of them in favor of keeping the song.

“While we are sensitive to those who may be upset by some of the lyrics, the majority of our listeners have expressed their interpretation of the song to be non-offensive,” the station’s program director, Jim Lawson, said in a statement.