Puerto Rico Governor: ‘Climate change is the most pressing issue of our generation and the time to tackle it is now…’ 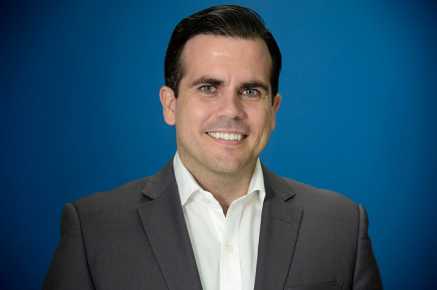 (Michael Barnes, Liberty Headlines) Puerto Rico has passed a bill that requires 100 percent of the island nation’s electricity to be produced through renewable energy by 2050.

One unanswered question, however, is how are they going to do it?

The unincorporated American territory was devasted by hurricanes in 2017 — first Hurricane Irma, then Hurricane Maria. Both category 5 storms ripped through the Caribbean and ultimately destroyed Puerto Rico’s electricity grid.

The events arguably led to thousands of deaths after Maria wiped out the island’s energy infrastructure, which was later was determined to be in disrepair before the storms.

The main components of the new zero-emissions plan are said to be solar and wind energy, which ironically are highly vulnerable to hurricanes.

Prior to Maria, the more devastating of the two super-storms, the nearby island of St. Thomas had a 4.2 megawatt solar photovoltaic (PV) system, which could have produced enough energy to power 4,200 homes.

The solar panels were damaged from water intrusion, and many detached and became dangerous flying debris themselves.

Wind power presents another problem. Few windmills, or wind turbines, can withstand hurricane force winds, especially a direct hit from a category 5 storm, according to a new study in Geophysical Research Letters.

Numerous examples exist in which wind speeds have exceeded acceptable levels, with turbine blades bending and towers toppling over.

Large and fast changes in wind direction are also problematic. Typically, turbines work best when facing directly into manageable winds. Some turbine rotors can even swivel to maintain a relatively constant wind-facing direction.

But with hurricanes, and even lesser storms, researchers found that most turbines would not be able to twist fast enough to reliably respond to sudden changes in hurricane-level wind directions.

Even worse, wind can blow in different directions at the same time. High-speed winds can pressure the top of a turbine’s blade rotation, as well as the bottom of its tower where it meets the ground. It’s a commonly understood problem known as veer.

High-speed crosswinds can cause windfarms to shut down, or lead to catastrophic malfunctions and even complete breakdown, once again causing power failure.

None of those concerns appear to outweigh the excitement of combating climate change — and U.S. government grants — for Puerto Rico Gov. Ricardo Rossello.

“I call upon my fellow governors across the #US: #ClimateChange is the most pressing issue of our generation and the time to tackle it is now. Join #PuertoRico as we transform our energy grid into a modern, efficient and clean model for the whole of the United States,” he wrote.

SB1121 establishes Puerto Rico’s Public Policy on Energy, an integral part in our grid’s transformation. This will help build a more resilient, reliable and cleaner energy grid. #PR is becoming a leader in clean energy tech that can improve quality of life for over 3M Americans.