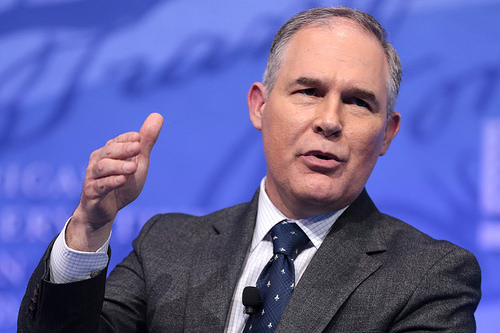 (Michael Barnes, Liberty Headlines) In an effort to usher in a new era of transparency, Environmental Protection Agency Administrator Scott Pruitt is putting an end to the agency’s reliance on what he calls “secret science.”

Pruitt, a Trump appointee, announced he is proposing a new administrative rule requiring the underlying data of scientific studies used to make federal environmental and energy policy be open to public inspection and possible criticism.

The move stands in stark contrast to the Obama-era EPA, which used non-public data to justify environmental regulations – costing businesses and families billions of dollars and lost property rights.

Critics allege the Obama administration did not disclose scientific data, or kept it secret, to achieve politically motivated outcomes.

“For decades, the EPA has improperly claimed massive power to regulate nearly every aspect of our economy and lives,” said Tim Huelskamp, president of the Heartland Institute, a free-market think-tank.

“It is long overdue that the EPA should make such data and collection methods available for public review and analysis,” Huelskamp said.

“He and some conservative members of Congress are setting up a nonexistent problem in order to prevent the EPA from using the best available science,” they said.

**MORE COVERAGE OF THE EPA at LibertyHeadlines.com**

However, an op-ed in the Wall Street Journal said EPA regulators and taxpayer-funded agency researchers have become accustomed to “producing unaccountable, dodgy science to advance a political agenda.”

That appears to be changing.

Pruitt’s proposed rule will now be posted to the Federal Register for a 30-day public comment period.

In March, Pruitt told the Daily Caller News Foundation, “We need to make sure their data and methodology are published as part of the record. Otherwise, it’s not transparent. It’s not objectively measured, and that’s important.”