(LifeSiteNews) The Vatican hosting population control advocates at a conference is “such a departure from the solid, orthodox teaching [of] the two previous popes,” a pro-life leader who has spent decades fighting the “myth” of overpopulation told LifeSiteNews. 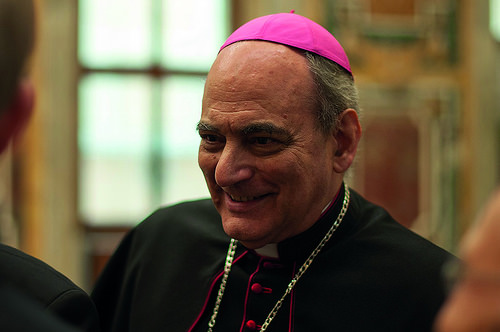 Steve Mosher, president of the Population Research Institute, told LifeSiteNews that the Pontifical Academy of Sciences shouldn’t be surprised that speakers at its Biological Extinction conference, which included the pro-abortion “father” of the population control movementand supporters of contraception, espoused anti-Catholic views.

“This is what you get if you invite secular humanists to speak at a Catholic conference,” said Mosher. “You get a secular humanist perspective, which is to say, if you think that human beings – men – are nothing but animals, then it’s perfectly alright to thin the herd.” This is done “on the pretense that there’s not enough in the way of resources to support the existing herd.”

And “they propagate their myth of overpopulation,” said Mosher.

During one part of the conference, the Population Council’s John Bongaarts’ claimed that there is a worldwide “unmet need” for contraception.

“You have these numbers based on surveys where you go into countries and you ask women, ‘Have you had a child in the last two years?’” Mosher explained. “And if they say yes, then you ask them a second question: ‘Are you using a modern method of contraception?’ By which they mean an abortifacient pill, an IUD, condoms, Depo Provera, or other methods. And if they say no, then they have an ‘unmet need for contraception.’”

Such surveys “assume that because [women have] had a baby in the last two years and because they’re not using a modern method of contraception, that they need contraception,” said Mosher. They “are designed to produce pre-determined outcomes.”…