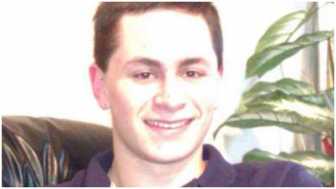 (Austin American-Statesman) The suspected Austin serial bomber who apparently killed himself early Wednesday as authorities closed in on him was Pflugerville, Texas, resident Mark A. Conditt, local and federal law enforcement sources told the American-Statesman and KVUE.

As the sun rose, neighbors of the 23-year-old, who was homeschooled growing up and went to Austin Community College, struggled to wrap their minds around the news that authorities were linking him to the bombings.

“I know this is a cliche but I just can’t imagine that,” said one neighbor, who spoke on the condition of anonymity and whose children grew up playing with Conditt on Pfluger Street.

The neighbor described Conditt as a nice kid from a great family.

Police have said that Conditt was 24, although some public records indicate he was 23.

Conditt received a degree from Austin Community College’s Northridge Campus and had worked at Crux Semiconductor in Austin as a “purchasing Agent/buyer/shipping and receiving,” according to a profile on a job recruiting website.

He previously worked as a computer repair technician.

There are very few public social media posts under his name.

His mother, Danene Conditt, posted a picture in February 2013 to commemorate her son’s completing a high school-level education.

“I officially graduated Mark from High School on Friday. 1 down, 3 to go. He has 30 hrs of college credit too, but he’s thinking of taking some time to figure out what he wants to do….maybe a mission trip. Thanks to everyone for your support over the years.”

He and his father, Pat Conditt, purchased a Pflugerville property last year that is now valued at about $69,000.

The neighbor said Mark Conditt had been living in that house, which he built with his father’s help.

Police said Wednesday morning that they believe one person created all of the explosive devices used in the recent bombings himself.

They are not sure how the bombing suspect spent the past 24 hours and cautioned Austinites to remain vigilant in case the bomber sent more bombs that have not yet been found.

Republished with permission from the Austin American-Statesman via iCopyright license.