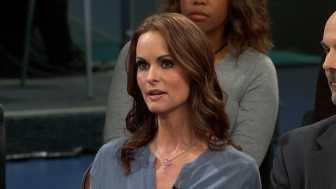 (FoxNews.com) The centerpiece of a New Yorker story on Karen McDougal, who says she had an affair with Donald Trump, is scribbled notes kept by the former Playboy playmate.

These notes, obtained by journalist Ronan Farrow, are presented as her personal reflections on the relationship –“later memorialized in an eight-page, handwritten document provided to the New Yorker.”

Readers could easily get the impression, as many journalists have, that McDougal wrote these notes during what she describes as a consensual relationship that began in 2006.

But that is not the case.

A telltale marking on the entries, reproduced by the magazine, shows that McDougal wrote these pages either during or since the 2016 campaign—relying on memories that were at least a decade old.

The New Yorker does not dispute that McDougal’s notes were written many years after the alleged relationship.

Instead, the magazine attempted to tie them to McDougal’s eventual deal with the National Enquirer’s parent company, American Media Inc.

“The article does not present Karen McDougal’s written account as being made simultaneously with the events themselves,” a New Yorker spokesperson told me. “Rather, the article makes clear that the idea to sell her story to American Media Inc. first occurred in 2016. Furthermore, her written account is supported by additional sourcing and documentation referenced in the article.”

If that was suggested by the story, as the magazine maintains, the implication was rather subtle.

The more recent creation of the notes doesn’t mean that McDougal isn’t telling the truth.

The magazine’s view is that the timing has no material impact on her credibility.

But the timing of the notes is revealing about how McDougal came to go public, as well as about the role of the National Enquirer…Original Source…