‘What I do know is there are a lot of bad people in this world, and no matter how many statues, flags or pancake boxes you take down, they will still exist…’ 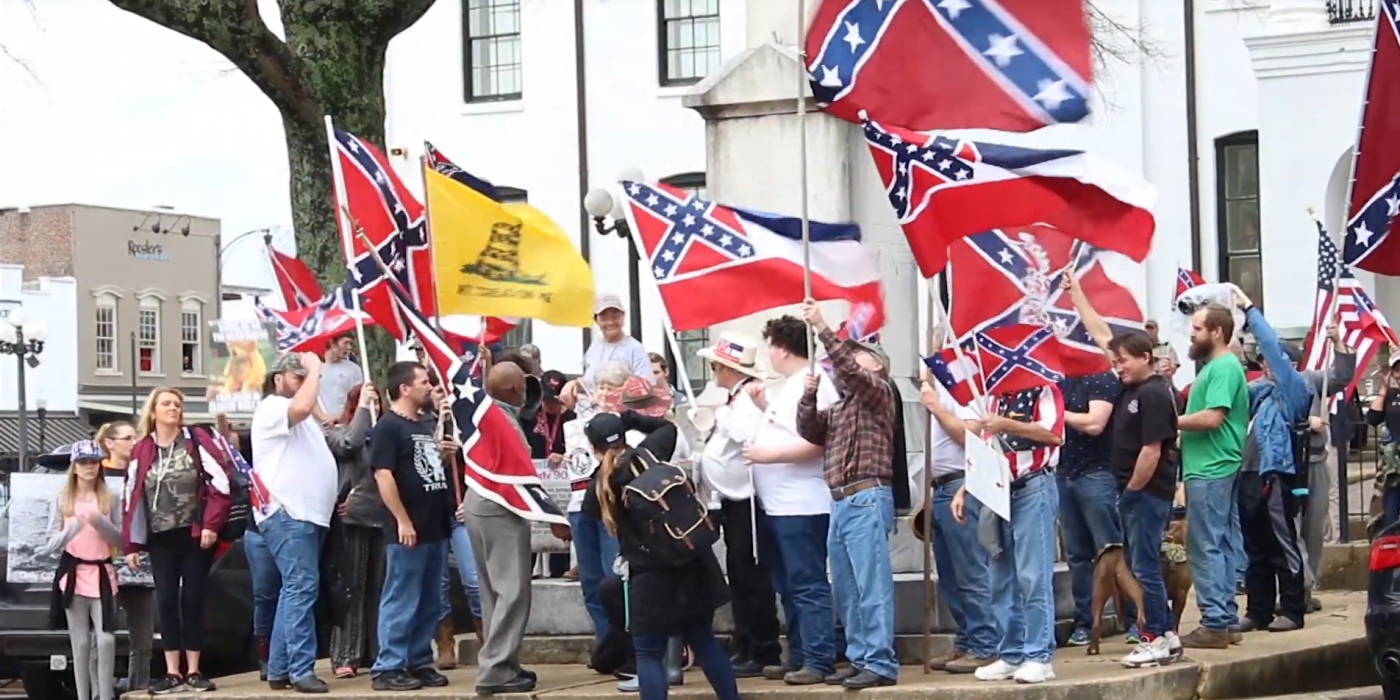 Rallygoers in support of preserving Confederate symbols gather at Oxford Square in Mississippi in 2019. / IMAGE: Madison Scarpino via YouTube

(Liberty Headlines) Bucking the head-reeling trend of elected officials capitulating to the “woke” mobs who have sought to raze the last remaining monuments to Confederate soldiers, Mississippi’s most prominent college town pushed back.

Officials in a Lafayette County unanimously voted to keep a Confederate monument where it stands, saying moving the statue wouldn’t fix racial tensions.

The county seat, Oxford, is home to the University of Mississippi, a city rich in history and literary tradition that is regarded as one of the Magnolia State’s major cultural hubs.

The school already had ceased using the state’s official flag, with a Confederate battle emblem on it, prior to the legislature’s vote last week to formally retire it.

But under pressure from left-wing activists, local officials drew the line at a prominent landmark, on which is inscribed “A Tribute to Our Confederate Dead by Their Surviving Comrades.”

In a 5-0 vote, the Lafayette County Board of Supervisors rejected a proposal to relocate the Confederate statue, which stands in the middle of Oxford Square, news outlets reported.

The board was not initially scheduled to vote on relocating the monument, but amended Monday’s meeting.

Several board members said they did not believe moving the statue would cause unity in the county and community.

District 4 Supervisor Chad McLarty said his African Americans friends and constituents have not told him “the monument was an issue.”

“I myself have been a victim of racism due to the color of my skin,” McLarty said. “I’ve also been a victim of police brutality. What I do know is there are a lot of bad people in this world, and no matter how many statues, flags or pancake boxes you take down, they will still exist.”

District 2 Supervisor Larry Gillespie said he doesn’t “understand how things like statues and street names can be offensive to some.”

The relocation vote comes after officials allowed residents to voice their opinion on relocating the monument. There were passionate arguments on both sides, news outlets reported.

The destruction of monuments nationwide by rioters and vandals associated with Antifa and the Black Lives Matter movement have resulted in attacks not only on Confederate heroes, but also on devout Northern abolitionist leaders—including Abraham Lincoln and Frederick Douglass.

President Donald Trump has been firm in his insistence that those who do so without going through the proper channels will be held accountable, and he has encouraged new monuments to be erected honoring the country’s great cultural leaders.

However, Republicans in Congress have been less resolute in backing the president on Confederate history. A GOP led committee supported a measure by Sen. Elizabeth Warren, D-Mass., to include a rider in its annual defense-spending appropriations that would require military bases named after Confederates (of which there are several famous ones) to be renamed within three years.