‘I told him that while I did not want to get fired, I would not resign…’ 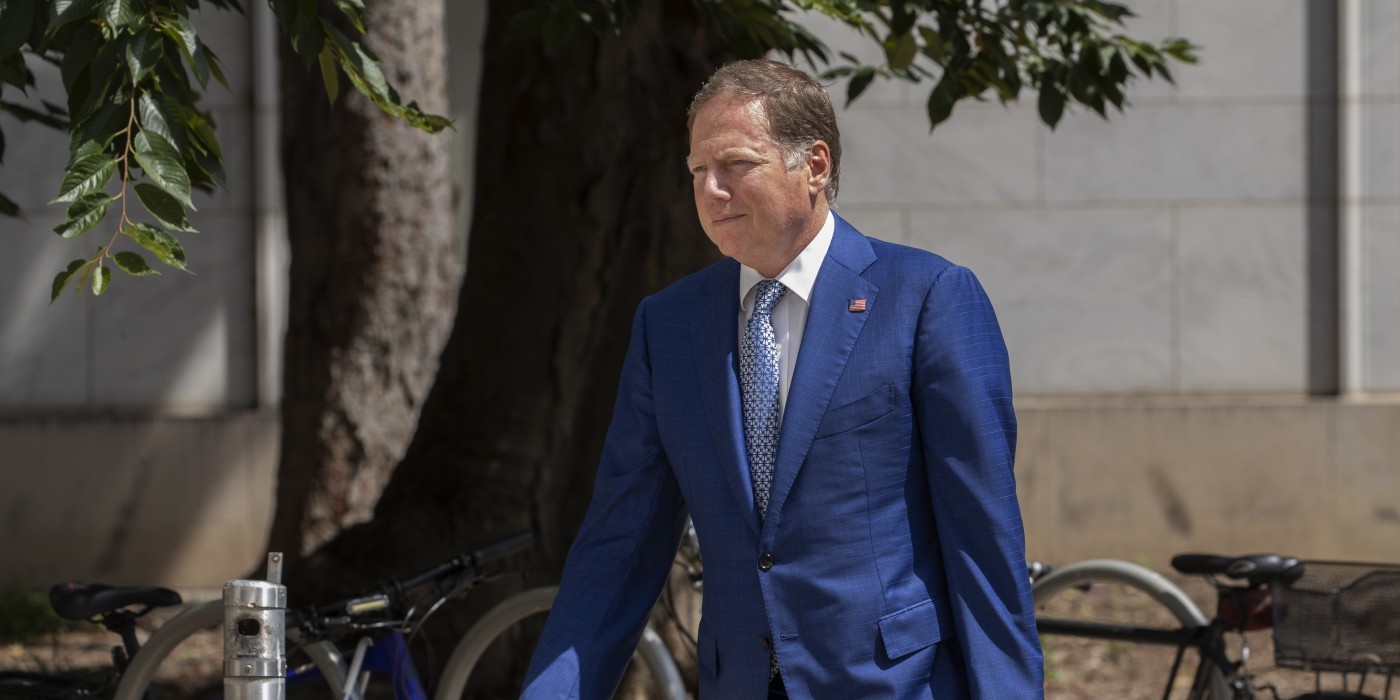 Geoffrey Berman, was first appointed by Trump as an interim attorney for the Southern District of New York at the recommendation of former Attorney General Jeff Sessions in January 2018.

The former prosecutor is providing the committee with a detailed account behind closed doors of three days in June as he was pushed out, according to his opening statement obtained by The Associated Press.

Berman said Barr, over a 45-minute session at the Pierre Hotel in New York, “pressed” him to take on another position at the Justice Department—heading up the Civil Division—so the administration could install Jay Clayton, the head of the Securities and Exchange Commission to the top job in Manhattan.

“I told the Attorney General that I was not interested,” Berman told the panel.

Berman explained “there were important investigations in the Office that I wanted to see through to completion.”

He told Barr that while he liked Clayton, he viewed the SEC commissioner as “an unqualified choice” for the post.

“He had had no criminal experience,” Berman said.

When Barr warned that if he didn’t go, he would be fired, “I told him that while I did not want to get fired, I would not resign,” Berman said.

The interview before the Judiciary Committee, which is being transcribed for public release later, comes as the panel deepens its probe of politicization at the Justice Department.

The panel’s Democratic majority is pursuing its investigation of the attorney general, who they say operates more like Trump’s personal lawyer than the nation’s top law enforcement official. Barr is set to testify before the committee later this month.

Berman relented only after being assured his office’s probes of Trump’s circle would continue.

The session comes as the Capitol remains partially shutdown during the COVID-19 crisis. Some, but not all lawmakers on the panel, attended.

The Southern District, known for its high-profile prosecutions, is where Berman oversaw several ongoing investigations of Trump associates, including some who figured prominently in the House impeachment inquiry of the president.

Berman’s office is looking into the business dealings of Rudy Giuliani, Trump’s personal lawyer and a former New York mayor.

However, Berman’s past professional ties to Giuliani, himself a former federal prosecutor and New York mayor, might have hinted at a potential conflict of interests.

Berman’s office also prosecuted Trump’s former personal lawyer, Michael Cohen, who is currently in prison for lying to Congress and campaign finance crimes. Cohen turned against the president during the Mueller investigation, after his office was raided, while hoping to broker a more favorable sentencing arrangement or plea deal.

SDNY has probed Trump’s inaugural fundraising and overseen the prosecution of two Florida businessmen, Lev Parnas and Igor Fruman, who were associates of Giuliani and tied to the Ukraine impeachment investigation. The men were charged in October with federal campaign finance violations.

The Judiciary panel’s interview will be held behind closed doors. It is likely to go on for hours. A transcript is expected to be released later.

Berman, a Republican lawyer and donor to Trump, had worked from 1987 to 1990 for the independent counsel who investigated the administration of President Ronald Reagan in the Iran–Contra affair.

He previously served in the SDNY office as an assistant U.S. attorney from 1990 to 1994 before joining private practice, including time at the same firm as Giuliani. He reportedly met with Trump before being assigned as the top federal prosecutor job in Manhattan.

The effort to oust Berman sparked an unusual clash between the Justice Department and its storied prosecutors’ office in New York.

Late on a Friday, Barr announced in a statement that Berman was stepping down. Shortly after 11 p.m. Berman issued his own statement saying he had “no intention of resigning.”

Trump told reporters it was “all up to the attorney general,” adding, “I wasn’t involved.”

It’s not the first ouster of a U.S. attorney from the SDNY. Preet Bahara, a former federal prosecutor appointed by President Barack Obama, announced that he was fired in March 2017, shortly after Trump took office.