‘Do you think people are that dumb?’ 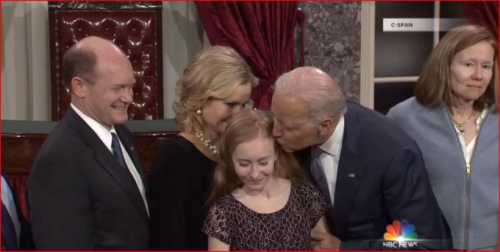 (Ben Sellers, Liberty Headlines) Rape victims everywhere may have celebrated as major media outlets like the New York Times and the Associated Press finally got around to addressing serious accusations against Democratic presidential candidate Joe Biden.

The Times took more than two weeks to acknowledge the public charges made by Tara Reade, a Bernie Sanders supporter who said that Biden had digitally penetrated her against her wishes in 1993, when she was a young office staffer for the then-Delaware senator.

After telling her story to coworkers, friends and family for the past quarter-century and attempting to break through the media silence for months, Reade filed a police report last Thursday, Fox News reported.

Unfortunately, much to the dismay of rape opponents, the Times drastically downplayed her accusations and strongly insinuated that Reade, herself, had broken the law by filing a false report.

Twitter user @AGHamilton29 was one of those who noted the disgracefully blatant media bias.

Among the bizarre editorial decisions was a reference to entirely unrelated claims of sexual misconduct against Biden’s 2020 opponent, President Donald Trump.

Why would Trump even be mentioned in a story about a sexual assault allegation against Biden? https://t.co/TqmJyEOz73

It’s beyond parody. They basically ignored the allegation for weeks, then published a full defense for Biden that includes whataboutism.

The double standard is so transparent that it’s embarrassing.

The newspaper’s extensive ‘investigation’ of Biden, on the other hand, received little more than a “he-said, she said” treatment, thereby highlighting the duplicitous hypocrisy of the past reporting from left-wing media during unsubstantiated 2018 allegations involving Supreme Court Justice Brett Kavanaugh.

Do you think people are that dumb?

To make matters worse, the Times, later stealth-edited its article to remove references to Biden’s inappropriate sexual misconduct with countless other women, including seven that the Times article interviewed who said he had hugged and kissed them without their consent.

Remember the press spent a month essentially arguing that underage drinking was evidence that Kavanaugh committed sexual assault, but a long pattern of “hugs, kisses, and touching that women previously said made them uncomfortable” proves Biden’s innocence. pic.twitter.com/CPGr48o8nK

While the Kavanaugh hearings spurred the Democratic call to #BelieveWomen under any circumstance, some of its most vocal advocates are now doubling back, including celebrity left-wing activist Alyssa Milano.

Milano, a Biden supporter, has now taken to victim-shaming and smear attacks on Reade—insisting, without evidence, that the claims are not credible.

#BelieveWomen does not mean everyone gets to accuse anyone of anything and that’s that. It means that our societal mindset and default reaction shouldn’t be that women are lying.

The Times piece gave a platform to several Biden supporters without firsthand knowledge of the episode to speculatively deny Reade’s charges in unequivocal terms.

“It’s just so preposterous that Senator Biden would be faced with these allegations,” said Dennis Toner, Biden’s deputy chief of staff at the time of the alleged incident.

“I don’t remember her,” Toner admitted. He then used his forgetfulness as justification that the allegations were untrue.

Another former staffer claimed that Biden’s legislative reputation among Democrats was sufficient basis for exonerating him.

“When you work on the Hill, everyone knows who the good guys are and who the bad guys are, and Biden was a good guy,” claimed former staffer Melissa Lefko.

Perhaps self-aware of the backlash that its dismissal would create, the Times allowed Kate Bedingfield, a deputy Biden campaign manager, to hedge over the question of whether Biden’s own actions were inconsistent with the #MeToo movement.

“He firmly believes that women have a right to be heard—and heard respectfully,” claimed Bedingfield.

“Such claims should also be diligently reviewed by an independent press,” she added. “What is clear about this claim: It is untrue. This absolutely did not happen.”

As Fox News reported, the Times‘s questionable choices on what to include were underpinned by equally awkward omissions and deletions.

We’ve deleted a tweet in this thread that had some imprecise language that has been changed in the story.

Although the Times did its best to bury the story, its own deletions soon became the story. Even many Democrats seemed to find the all-out effort to deny Biden’s rape allegations a bit incredulous, given his extensive history of inappropriate contact with young women and girls.

Yes, and you would too, if Biden had an “R” after his name. Eight women have accused him, but you only #BelieveWomen when it’s convenient. Why do you think the letter “D” is magical? https://t.co/FpYw7KhyCX

Among those who voiced doubts was the Sanders campaign’s national press secretary, Briahna Joy Gray.

“The Times found no pattern of sexual misconduct by Mr. Biden.”

I’m not sure how that line from the NYT’s long-delayed coverage of Tara Reade’s accusation can sit alongside reporting that 7 other women have accused Biden of sexual misconduct. https://t.co/CoyGuYXObJ

On Monday, however, her former boss fell in line with the Democratic Party by endorsing Biden.