‘Sadly, the people of this city will soon experience what New York City was like in the 1980s….’ 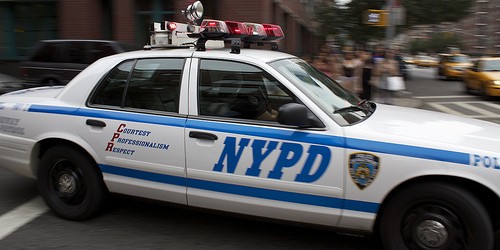 (Michael Barnes, Liberty Headlines) More than 270 uniformed New York Police Department officers have filed for early retirement since the police-involved death of George Floyd in Minneapolis on May 25.

Now, as many predicted, cops in the nation’s largest city are walking away in droves.

“We are worried about a surge in attrition reducing our headcount beyond what we can sustain without new recruits, and we’re afraid the City Council has not taken the surge into account,” an alarmed NYPD official told the New York Post.

Police Benevolent Association president Patrick Lynch recently said that police officers are “at their breaking point, whether they have 20 years on the job or only two.”

Lynch also explained how protestors, the news media and elected Democrats have backed honest policemen into a corner.

“We are all asking the same question: ‘How can we keep doing our job in this environment?’ And that is exactly what the anti-cop crowd wants. If we have no cops because no one wants to be a cop, they will have achieved their ultimate goal.”

Ed Mullins, president of the Sergeants Benevolent Association, said the “exodus” has only just begun.

“People have had enough and no longer feel it’s worth risking their personal well-being for a thankless position,” he said.

“Department brass is paralyzed [and] too afraid to uphold their sworn oath in fear of losing their jobs,” Mullins added. “Sadly, the people of this city will soon experience what New York City was like in the 1980s.”

The departing officers aren’t just rank-and-file patrolmen. Bronx NYPD precinct commander Richard Brea recently quit because he no longer believes he has the ability to get guns and drugs off the street and protect his officers.

Brea was an outspoken critic of the city’s failed approach to looting and rioting. But the last straw was when Mayor de Blasio disbanded a 600-man Bronx anti-crime unit that made huge public safety gains in New York City’s most dangerous borough.

“I’m doing this, and others may be following in my footsteps,” said Brea, according to famed Guardian Angel leader Curtis Sliwa.